There comes a moment in every nation, where the people decide WHAT their country will be… WHO will write their legacy… and WHICH direction they will turn… towards or away from freedom. In our nation, it IS that Tipping Point. It is OUR time to accept the responsibility given to us by our forefathers, and turn America towards liberty… or lose it forever.

Liz Wheeler is the host of “Tipping Point with Liz Wheeler” on One America News Network.

In August of 2016, Liz was named a top 10 “30 under 30” conservative rising star by Red Alert Politics. That same year, Liz spoke at CPAC (Conservative Political Action Conference) & at the Steamboat Institute Freedom Conference. In 2017, she keynoted the Liberty Dinner for the Riverside Republican Party & in 2018, Liz delivered they keynote address for the Alaska Republican Party’s state convention.

Liz’s pithy, poignant three minute “Final Point” videos that air at the end of her nightly broadcast rack up hundreds millions of views on Facebook every year.

Liz graduated from high school at 16 ½ years old. During college, Liz served as a Commissioner on the Board of Zoning Appeals in her hometown in Ohio. She was the youngest person in city history to hold the Mayoral appointed position. During this same time period, Liz organized a group of 14 young conservatives to self-publish a handbook called “Young, Conservative, & Why it’s Smart to be Like Us – which reached #2 on Amazon’s Kindle Bestseller list in the Civics category.

Liz is a graduate of Penn State University with a Bachelor’s degree in Political Science and a minor in Homeland Security. Her upcoming book “Tipping Points: How to Topple the Left’s House of Cards” is set to be published on August 6, 2019 & is available for pre-order now. 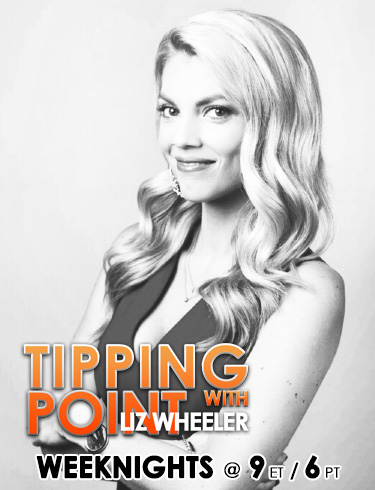