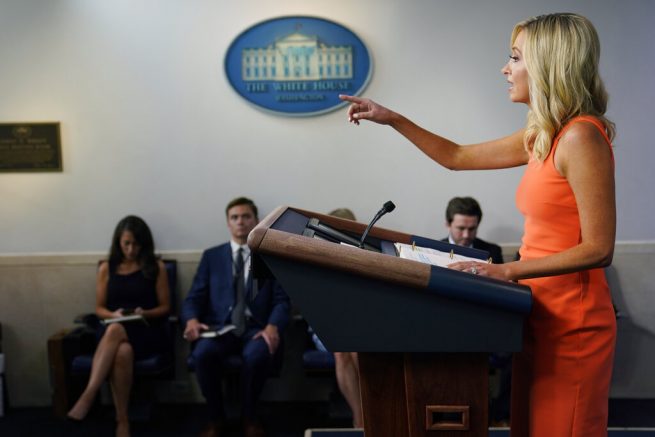 On Monday, she announced more than 100 people have been arrested for rioting and destroying federal property. The FBI is also investigating more than 200 domestic terrorism incidents.

"President @realDonaldTrump stands against defunding our great police officers, caving to mob rule, and cancel culture which seeks to erase our history." pic.twitter.com/GaHW6WF1PO

Last week, President Trump canceled a golf trip in New Jersey to remain in D.C. “to make sure law and order is enforced.”

I was going to go to Bedminster, New Jersey, this weekend, but wanted to stay in Washington, D.C. to make sure LAW & ORDER is enforced. The arsonists, anarchists, looters, and agitators have been largely stopped…