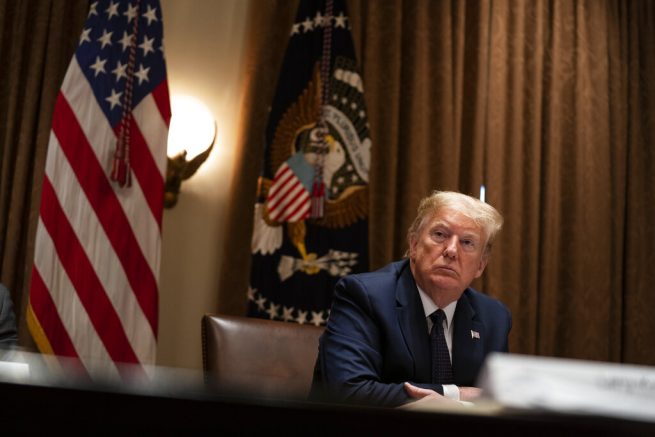 President Donald Trump listens during a meeting on opportunity zones in the Cabinet Room of the White House, Monday, May 18, 2020, in Washington. (AP Photo/Evan Vucci)

In a memo released Monday, Dr. Sean Conley said after reviewing evidence regarding the drug he and his team have concluded the benefits of using it outweigh the potential risks.

NEW: A memo from White House physician Dr. Sean Conley lays out the discussion that lead to Pres. Trump taking hydroxy-chloroquine: “We concluded the potential benefit from treatment outweighed the relative risks.” pic.twitter.com/f7qmKzKcxp

This coincides with the president telling reporters Monday that he requested the drug from the White House physician and has been taking it for over a week now.

“I’m taking it…hydroxychloroquine..right now,” he stated. “A couple of weeks ago I started taking it because I think it’s good, I’ve heard a lot of good stories and if it’s not good, I’ll tell you.”

“You’re not going to get hurt by it…it’s been around for 40 years for malaria, for lupus, for other things,” the president continued. “…frontline workers take in…a lot of doctors take it.”

The memo also said President Trump is in “very good health” and continues to be symptom-free from coronavirus. Dr. Conley said he will monitor studies regarding hydroxychloroquine and will continue to check on the president’s health.