So, who are we supposed to believe? A few weeks ago, liberal media was pushing the narrative offered up by Miles Taylor, a disgraced former executive at the Department of Homeland Security. Taylor told the media that he and unnamed “others” would pull President Trump back from the ledge at the last minute to save the world from some crazy policy. Taylor failed to acknowledge that he was fired within weeks of assuming a role that he was not qualified to handle. If you believe his narrative, Miles Taylor saved the United States from rogue Trump policies and averted one national disaster after another. 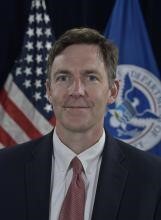 Well, now we’ve got Brian Murphy, the disgraced former Deputy of the Office of Intelligence and Analysis at DHS, stepping forward, claiming to be a whistleblower. Mr. Murphy claims that he is responsible for saving the United States from rogue Trump appointees trying to alter intelligence to fit President Trump’s policies. Murphy specifically called out Miles Taylor, claiming that Taylor re-wrote intelligence briefs and altered data to fit Trump’s narrative. That’s the exact opposite of what Taylor claims he did. The same media outlets are pushing both stories. They can’t both be true. Is DHS full of the resistance trying to thwart a runaway President? Or, is DHS full of Trump loyalists who would commit felonies for their beloved President?

Having served as the Executive Secretary for Secretary Nielsen and then-Chief of Staff Wolf, I can tell you neither Miles Taylor nor Brian Murphy are telling the truth. Both men have fallen from grace and have selfish ulterior motives for going public two months before the election. My time at DHS was an honor and a privilege, and I’m proud to have served alongside the men and women at the Department. These claims are shameless attacks on President Trump, and give no regard to the hard work, sacrifice, and dedication of the men and women of the Department. Many people, both political appointees and career officials, are working tirelessly to preserve our national security at this crucial time. The fact that resolute Americans go to work every day to preserve our collective safety, yet face a barrage of media attacks is reprehensible. They deserve our gratitude. These attacks are baseless and must be seen for what they are – a play for the election. 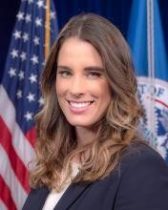 The fact that attorney Mark Zaid represents Murphy tells us everything we need to know. Zaid has been out to get Trump removed from office since Trump’s inauguration. He has vocally advocated a “coup,” “impeachment,” and anything else to get Trump removed from office. Zaid represented the whistleblower who alleged unsubstantiated misconduct by President Trump during the phone call with Ukraine. The “evidence” discovered in the impeachment process was so sparse that the House of Representatives couldn’t even find a crime with which to charge President Trump. 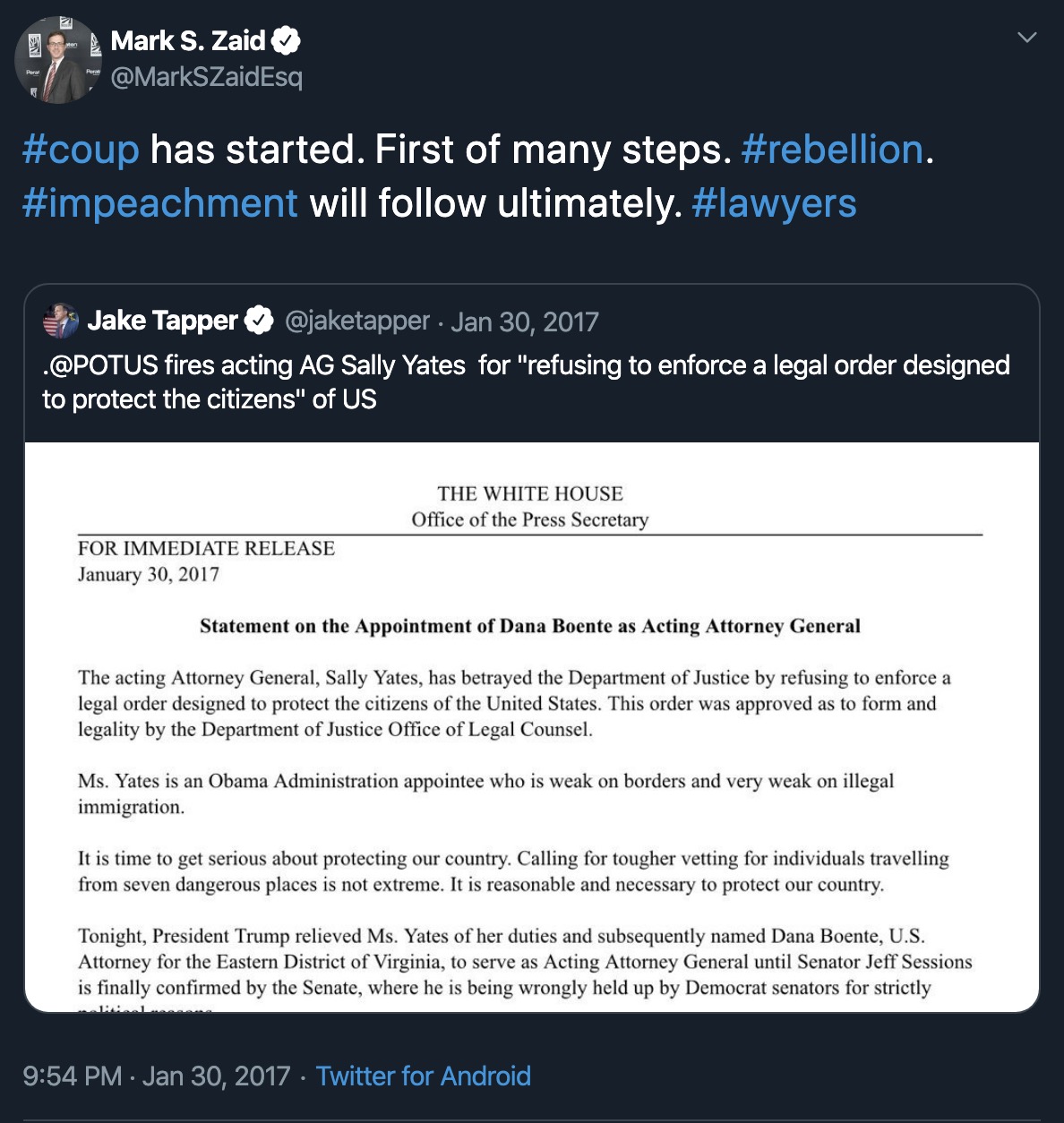 It’s also not a coincidence that these allegations appeared when they did, yesterday. Acting Secretary Wolf gave a detailed 40-minute speech at the Department’s annual State of the Homeland address. He laid out the Department’s goals and achievements. Under President Trump, in the first four years alone, the Department of Homeland Security is on track to surpass the prior administration’s eight years in illegal narcotics seized, border wall construction, and other law and order achievements. Acting Secretary Wolf had strong words for rioters and looters, stating that they are a threat to the Homeland. The left couldn’t allow the media to properly cover the State of the Homeland address, because the Trump Administration has had many successes when it comes to law and order, and national security. The left wants to detract from law and order, so they had to find a different story. Murphy provided that opportunity. 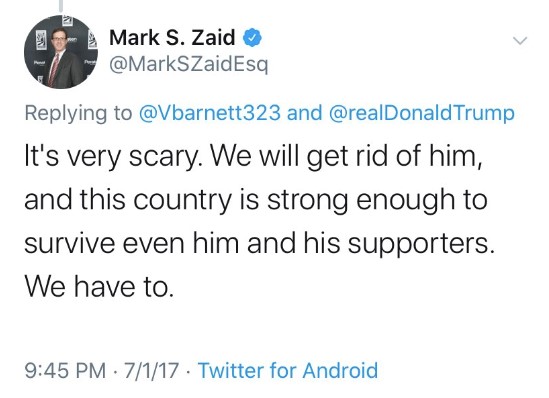 If the media wants to endlessly barrage President Trump, his Cabinet, and patriotic Americans, at least get the story straight. Miles Taylor and Brian Murphy cannot both be telling the truth. It appears liberal media outlets aren’t after the truth. Just keep pumping out hit pieces until November 3rd, hoping no one notices they don’t add up. These convoluted stories are just what they appear to be, elaborate temper tantrums by grown men who were fired or demoted for falling short in their responsibilities.

The IG will conduct his investigation, and I imagine we won’t hear a peep from the same outlets about the findings. The truth isn’t nearly as interesting.