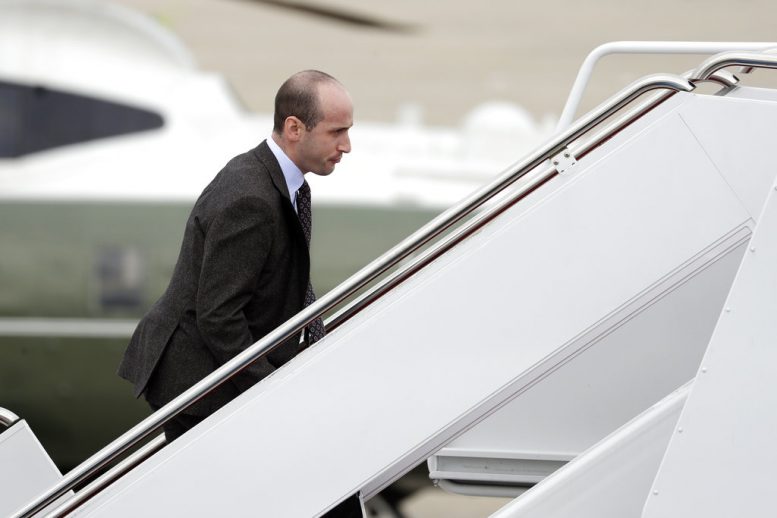 FILE – In this Nov. 2, 2018, file photo, President Donald Trump’s White House Senior Adviser Stephen Miller boards Air Force One for campaign rallies in West Virginia and Indiana, in Andrews Air Force Base, Md. The White House is digging in on its demand for $5 billion to build a border wall as congressional Democrats stand firm against it, pushing the federal government closer to the brink of a partial shutdown. Miller says Trump is prepared to do “whatever is necessary” to build a wall along the U.S.-Mexico border. (AP Photo/Evan Vucci, File)

Senior White House Adviser Stephen Miller says having control over who enters the country is “fundamental and essential” to national survival.

Miller made the comments during an interview aired on Sunday, also suggesting hundreds of miles of the wall could be built by the end of the next fiscal year if the President gets access to the funds he’s seeking.

The White House official also stressed the President is not ignoring the illegal immigration crisis like past presidents have chosen to.

Wall to Wall: Greta catches up with an economist from the American Farm Bureau Federation

Kudlow: Impeachment could be Democrat effort to ‘obfuscate the economic progress’ in America