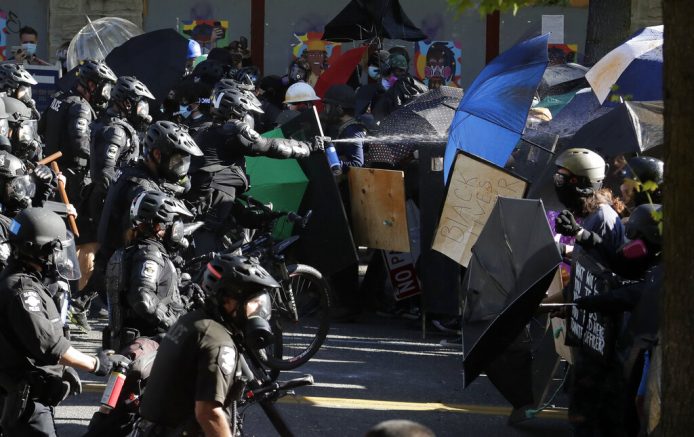 The Department of Homeland Security (DHS) is wrapping-up its mission in Seattle amid an ongoing probe into riots. On Tuesday, Washington State officials said federal agents from the Border Patrol Tactical Unit are leaving Seattle as tensions gradually fade.

That means Washingtonians no longer have to worry about the White House's aim to provoke confrontation and undermine peaceful protests. https://t.co/OG5r7XBS2M

President Trump has reiterated far-left riots in the city were spearheaded by anarchists and agitators. For his part, Attorney General William Barr echoed the president and criticized Democrat officials for political attacks on federal agents.

“Unfortunately, some have chosen to respond to George Floyd’s death in a far less productive way by demonizing the police, promoting slogans like ‘all cops are bastard’ and making grossly irresponsible proposals to defund the police,” he stated. “The demonization of the police is not only unfair and inconsistent with principles, of all people should be treated as individuals, but gravely injurious to inner city communities.”

DHS units have continued their operation in Portland and other cities engulfed in crime and political violence.

Meanwhile, the Oregon chapter of the ACLU is filing a motion to sanction federal agents. On Tuesday, the organization filed a motion asking a federal judge to hold officers with the DHS and U.S. Marshals Service in contempt.

They claimed federal agents violated a temporary restraining order issued last week that barred them from arresting or using force against journalists and legal observers during demonstrations. The non-profit is urging the court to identify and prohibit the federal agents from engaging in armed operations in the state.

This came after the Trump administration sent federal troops to cities with ongoing riots as a way to crack down on violence.