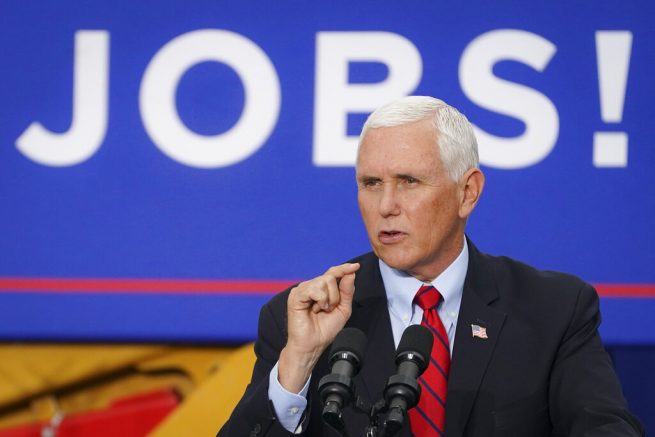 In an interview Friday, he said there’s no question coronavirus significantly impacted the nation. However, the vice president noted that the unemployment rate has been cut in half from its high point while 10 million jobs have been added to the economy.

Pence said the last thing the economy needs is higher taxes, more regulations and stifling energy policies, which are being pushed by Joe Biden and the Democrat Party.

“This president’s advanced policies that have laid a foundation for this great American comeback…Joe Biden and the Democrats are advocating policies that would turn us back,” he stated. “And for all those Americans that aren’t yet back to work, we need four more years of President Donald Trump in the White House.”

Pence’s comments came after the jobs reports showed the U.S. economy added nearly a 1.4 million jobs in the month of August.

President Trump also expressed optimism about the job numbers in a tweet Friday. The president said the unemployment rate dipped below the 10-percent level faster than thought possible.

RELATED: VP Pence: Trump admin. will continue to stand on the side of law and order