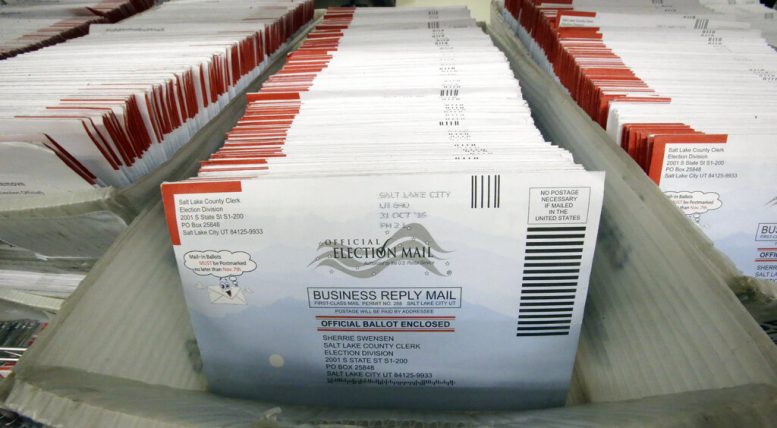 The cards, which were sent out nationwide, urged voters to request their ballots at least 15 days before the election. However, both states are implementing a new model that will allow registered voters to automatically receive their ballots in the mail.

The cards also told residents to add postage before sending their ballots in, even though mail-in ballots come with prepaid postage. Election officials were only made aware of these mailers after residents voiced their concerns.

“We were first made aware of the mailer when our office started to receive phone calls from voters, who had received the postcard in the mail and were confused by it,” explained election official Wayne Thorley. “I applaud their (the USPS) attempt to get information out there, wish they would work a little more closely with election officials.”

The USPS issued a statement shortly thereafter, claiming the postcards were sent to people nationwide and were not intended to be state specific. 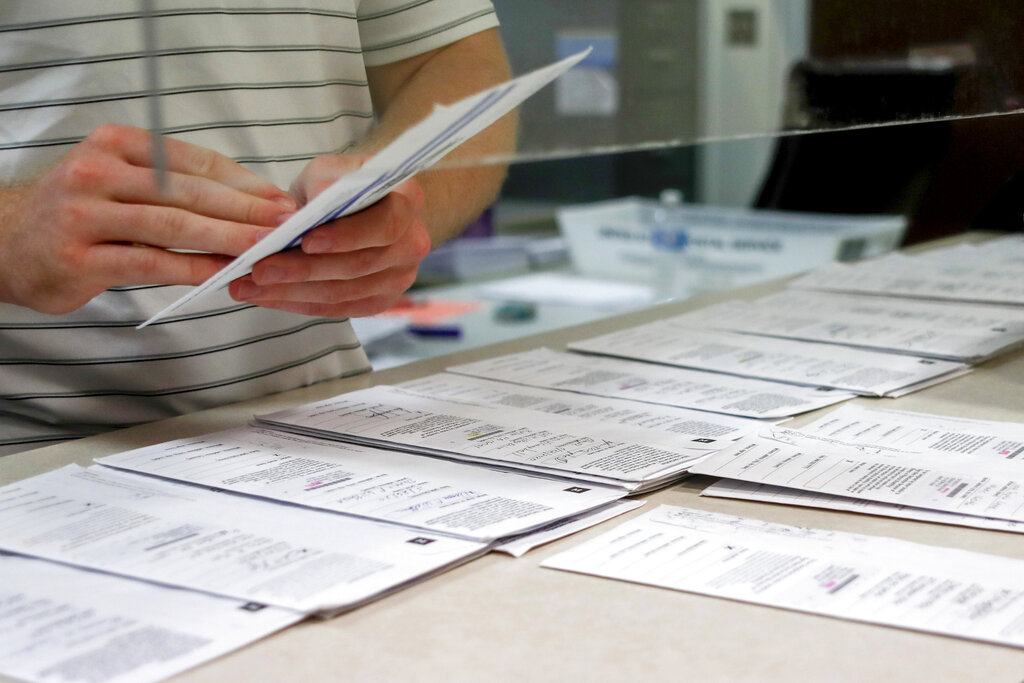 FILE – In this May 28, 2020, file photo processing work on mail in ballots for the Pennsylvania Primary election is being done at the Butler County Bureau of Elections, in Butler, Pa. (AP Photo/Keith Srakocic, File)

The discovery of the misleading information came days after President Trump called Nevada’s voting system into question. Ballots will reportedly be sent out to registered voters on October 13th and must be returned by October 23rd to be counted.

Meanwhile, for the first time ever, Tennessee voters will not be required to vote in person for this year’s general election. A state law was tossed out, allowing them to cast their votes remotely in this election.

The move was met with resistance from some younger voters.

“In my personal opinion, this is the most important election of our lives,” stated student Artur Shaylitsa. “I would rather go in person and do it.”

Moving forward, election officials have advised voters to check their registration status, register if they aren’t already and update their addresses. The President has also recommended heading to polling stations on Election Day to make sure your vote counts.