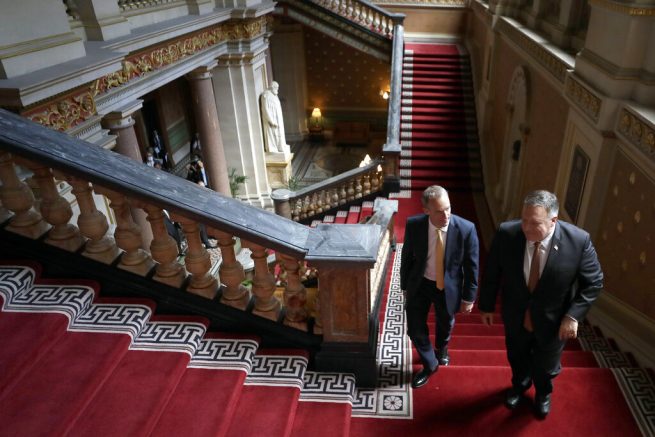 The U.S. and Britain have agreed to end a loophole that gave diplomats immunity from criminal charges. The U.K.’s foreign secretary announced the changes on Thursday and confirmed the agreement was reached during Mike Pompeo’s recent visit.

“We have changed the arrangements that underpin the way that the Vienna Convention on diplomatic relations apply to the Croughton Base,” stated Foreign Secretary Dominic Raab.

The changes were made after the death of U.K. citizen Harry Dunn, who was killed last year by Anne Sacoolas, the wife of a U.S. diplomat.

“We feel there’s a denial of justice being done here. The prime minister raised it with Mike Pompeo when he was here yesterday. We’ve clearly made clear that Anne Sacoolas should return and face justice. The pre-waiver would apply in the circumstances that existed in relation to Anne Sacoolas, so to dependents as well as officers and technical administrative staff at that base.”

The Dunn family has said they will seek justice for their son and will push for Sacoolas to be extradited.