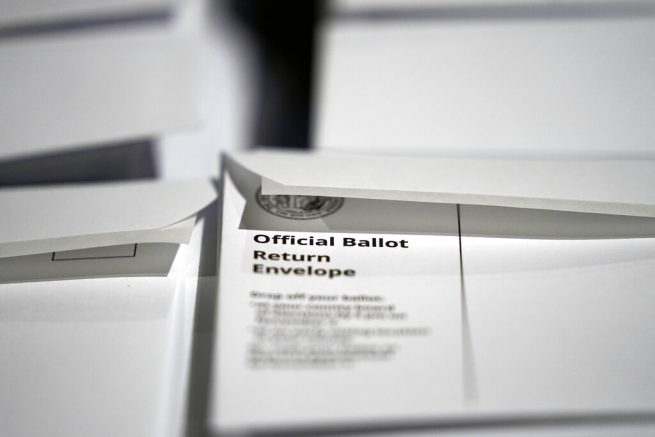 FILE – In this Thursday, Sept. 3, 2020, file photo, stacks of ballot envelopes waiting to be mailed are seen at the Wake County Board of Elections in Raleigh, N.C.  (AP Photo/Gerry Broome, File)

On Tuesday, U.S. residents began early voting in London ahead of Election Day. Americans living in the U.K. visited the U.S. Embassy to deliver their votes ahead of the November 3 election.

One resident reported that this was the first election where she had received her ballot via email. The voter said she felt more secure by taking her vote to the embassy, where it will be sent to a U.S. sorting office directly.

I’m in the UK and have a question about overseas voting!

According to data compiled by the U.S. Elections Project, U.S. voters have already cast more than 10 million votes. This outpaces early voting in the 2016 election significantly.