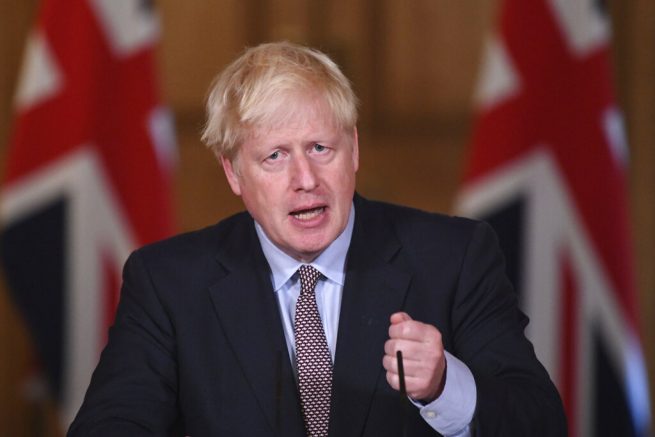 Prime Minister Boris Johnson recently gave an update on the status of a COVID vaccine for the U.K. During Wednesday’s press briefing, Johnson announced the country is “not there yet” when it comes to vaccines or virus treatment.

He added he is hoping to increase testing by conducting at least 500,000 swab or saliva based tests a day.

Johnson also announced new social distancing requirements, which will go into effect next week. Officials believe the new restrictions will keep the economy going and the virus under control.

“We’re introducing the rule of six,” stated the prime minister. “You must not meet socially in groups of more than six, and if you do, you will be breaking the law.”

The new restrictions will apply to any type of gathering, including private and public settings.

The United Kingdom currently has more than 300,000 active virus cases. More details on the new requirements will be released later this week.