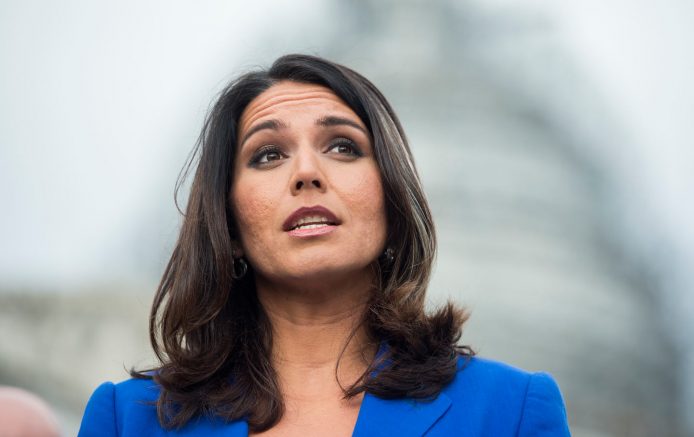 According to Democrat presidential hopeful Tulsi Gabbard, her party’s vote on impeachment may backfire in 2020. While taking to Twitter on Monday, the Hawaii lawmaker posted a video suggesting that the House impeachment push has increased the probability Republicans will flip seats red in 2020.

Gabbard was the only Democrat to vote “present” on both articles of impeachment against President Trump after citing her concerns with the partisanship throughout the probe.

In her most recent video, she said she is concerned Democrat’s efforts to impeach President Trump will lead to a Republican controlled House, Senate and White House after next year’s elections.

In 2020, we will have a new president in the White House. How many of you do NOT want that to be Donald Trump? I certainly don't. Unfortunately, the House impeachment of the president has greatly increased the likelihood Trump will remain the president for the next 5 years … pic.twitter.com/FRRlbWHyo7

Gabbard added that beating President Trump isn’t the only goal for Democrats in 2020. She said they also need to come together as a party to work toward peace and equality.