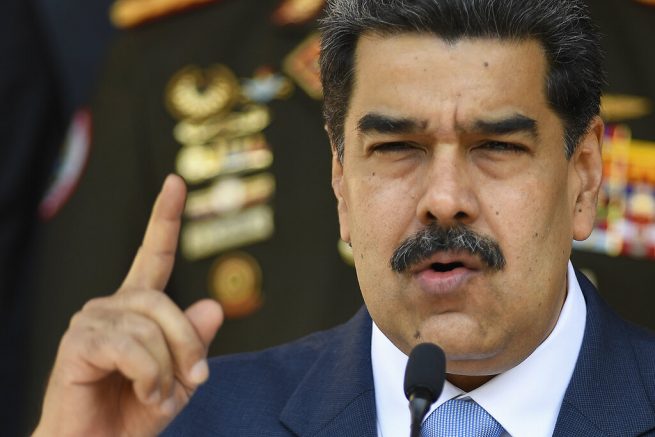 The indictment accused the leader of conspiring with Colombian rebels to produce and transport thousands of tons worth of cocaine into the U.S.

“The indictment of Nicolas Maduro and his co-defendants alleges a conspiracy involving an extremely violent terrorist organization known as the Revolutionary Armed Forces of Colombia, the FARC, and an effort to flood the United States with cocaine,” stated Barr.

The State Department is offering a $15 million bounty for any information that could lead to Maduro’s capture.

“For more than 20 years, Maduro and a number of high-ranking colleagues allegedly conspired with the FARC, causing tons of cocaine to enter and devastate American communities.  Today’s announcement is focused on rooting out the extensive corruption within the Venezuelan government, a system constructed and controlled to enrich those at the highest levels of the government.  The United States will not allow these corrupt Venezuelan officials to use the U.S. banking system to move their illicit proceeds from South America nor further their criminal schemes.” – William Barr, U.S. Attorney General