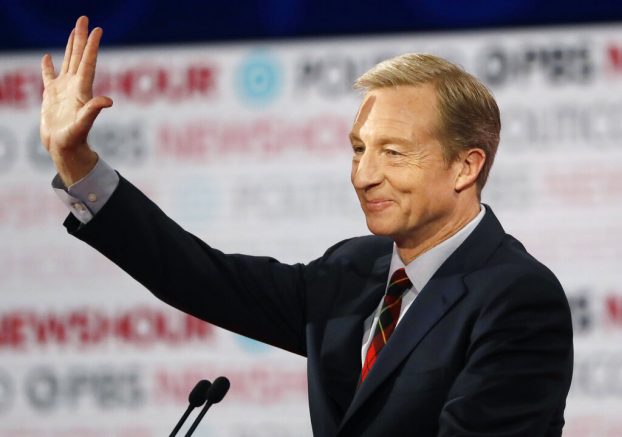 Democrat presidential candidate Tom Steyer is claiming he made the cut for Tuesday’s debates because of his messaging and not the millions of dollars he’s spent on ads.  During an interview Sunday, the billionaire businessman defended his qualifications by calling himself a “grassroots person” who frequently visits states across the country.

The upcoming debate is expected to be the smallest yet after the Democrat National Committee (DNC) raised its qualification thresholds once again. This comes as Steyer has spent $106 million in advertising, especially in early-voting states like Nevada and Southern Carolina.

.@TomSteyer is surging in the early states because when he campaigns, he listens. His experience has taught him that the way to find solutions is through collaboration, engagement, and compassion. He will make climate his #1 priority and take on corporate greed. Don’t miss this! https://t.co/yFgcAyn0r4

“I can take on Mr. Trump on the economy in a way that nobody else can because I built a business from scratch, and I understand job creation and prosperity and growth as well as economic justice,” stated the 2020 Democrat contender. “I think this is all about — do you have a message that’s differential and important and do people trust you to actually carry out what you’re saying?”

Fellow White House hopefuls who did not make the debate cutoff have slammed the DNC, including Sen. Cory Booker. He has claimed the committee has systematically paved the way for a billionaire to buy his way onto the stage.