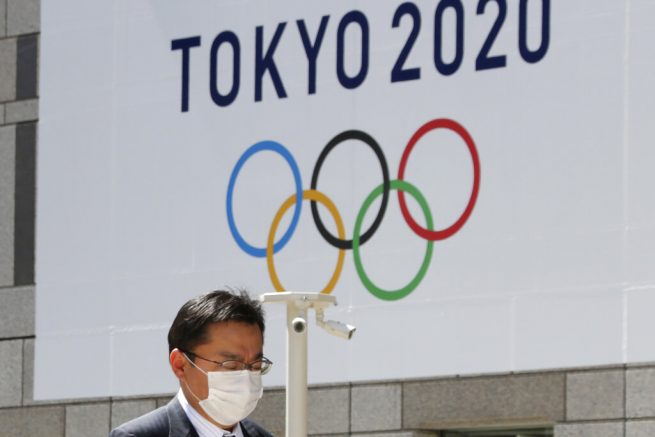 A man walks in front of a Tokyo Olympics logo at the Tokyo metropolitan government headquarters building in Tokyo, Wednesday, March 25, 2020. The Olympic torch relay was postponed Tuesday because the Tokyo Games themselves were pushed back to 2021. (AP Photo/Koji Sasahara)

The 2020 Tokyo Olympics are officially postponed for a year. Japanese Prime Minister Shinzo Abe made the announcement Tuesday.

There has been much speculation over the fate of the 2020 Summer Olympics since Japan’s Olympic minister declared earlier this month that the games would carry on as scheduled.

However, Australia and Canada announced this week they would be pulling out due to concerns over spreading the coronavirus to athletes. Prime Minister Abe said the games will be postponed for no more than a year and will continue to be branded as Tokyo 2020.

“Due to the current situation of the coronavirus pandemic, it seems that there are too many difficulties to hold the Tokyo Olympic and Paralympic Games in 2020,” he stated. “That’s the reason of the one year postponement and then we agreed to hold the game by the summer of 2021 at the latest.”

According to reports, the Olympic flame will remain in Japan until the event is held next year, which is intended as a symbol of the enduring nature of the games.

The Olympic Flame will remain lit in Japan and serve as a symbol of hope for the world.#TokyoOlympics @Tokyo2020 pic.twitter.com/LTfGzTcXeL

RELATED: In coronavirus-hit world, sponsors to stand by delayed Olympics