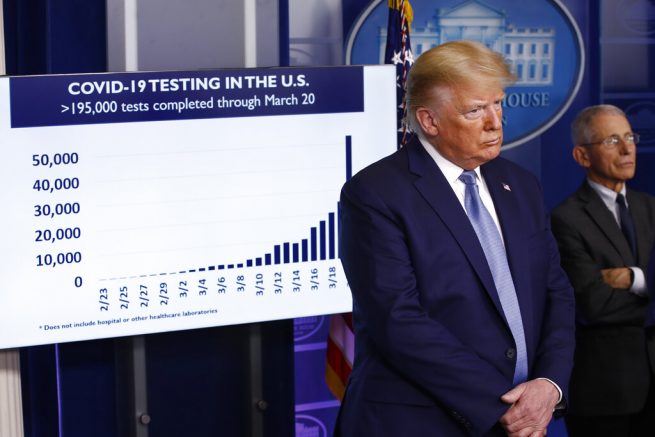 Support for President Trump and his handling of the coronavirus pandemic is rising.

Dual Harris polls released Friday revealed between March 14th and 18th, the president’s approval rating jumped 4 percent. Additionally, the approval rating for his handling of the coronavirus also jumped from 51 to 56 percent.

According to the data, 61 percent of Americans trust the White House to provide accurate information regarding the outbreak. The polls were conducted just two days apart, showing a rapid boost of positivity among voters. 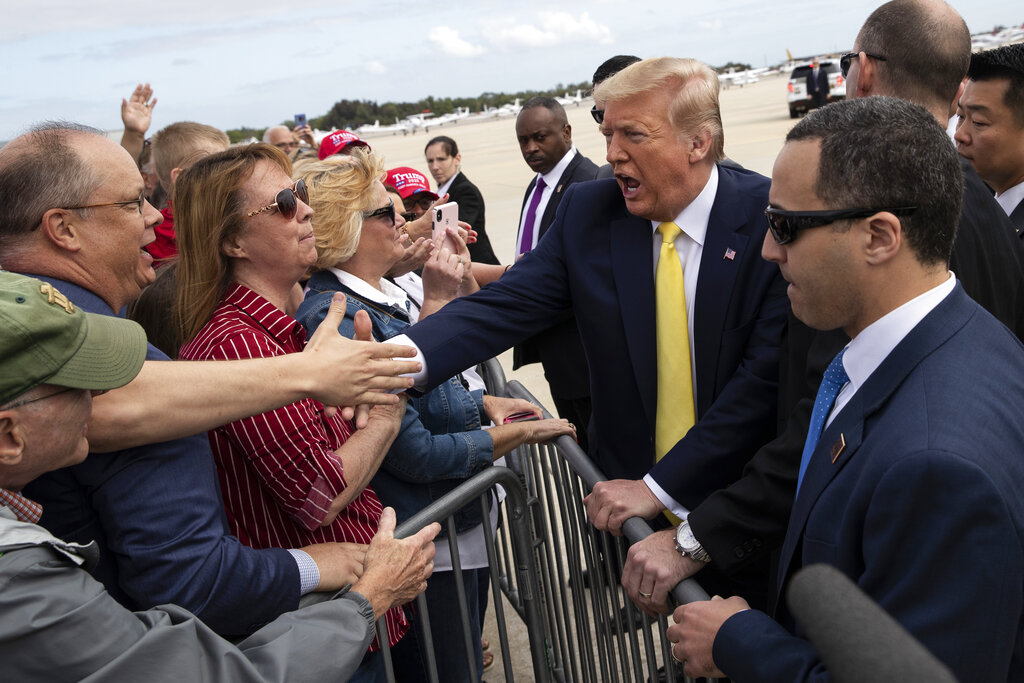 Meanwhile, a small Trump themed coffee shop in Florida offered a closer look into how his supporters are feeling. Shop owner Cliff Gephart, who described his mission as pioneering against the “scourge of liberalism,” has said it’s difficult to know how serious the virus is in the U.S. at this point, as the number of cases continues to rise.

However, he believes the administration and his local government will see the country through.

“I’m not sure that I believe it’s overblown,” he said. “I just know that I’m going to do what I can, and we’re going to just live our lives based on what we’re allowed to do.”

During a recent coronavirus task force briefing, the president outlined his administration’s path forward against the virus. He listed an FDA approved anti-malaria drug, announced naval ship deployment to states with high outbreaks and explained several ways the country is planning to expand its stockpile of medical supplies. 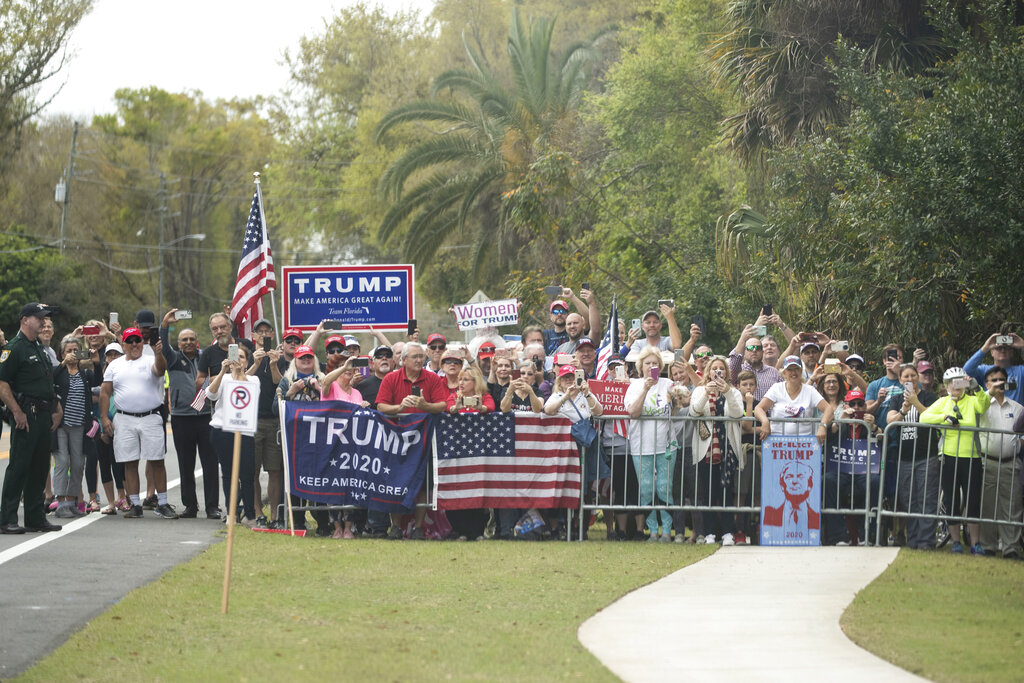 Supporters line the road as the motorcade for President Donald Trump goes to a fundraiser, Monday, March 9, 2020 in Longwood, Fla. (AP Photo/Alex Brandon)

However, doubts remain that the U.S. is not prepared and that President Trump has not handled the virus to the best of his abilities.

The coffee shop’s owner has dismissed these criticisms, noting that there is still partisan prejudice against the president at the end of the day.

In the meantime, the Trump administration and Democrat lawmakers alike have stressed the importance of sticking together during this time. They have urged Americans to do everything they can to bring about the end of the coronavirus sooner rather than later.

L.A. residents line up for free food as economy, jobs collapse due to lockdowns