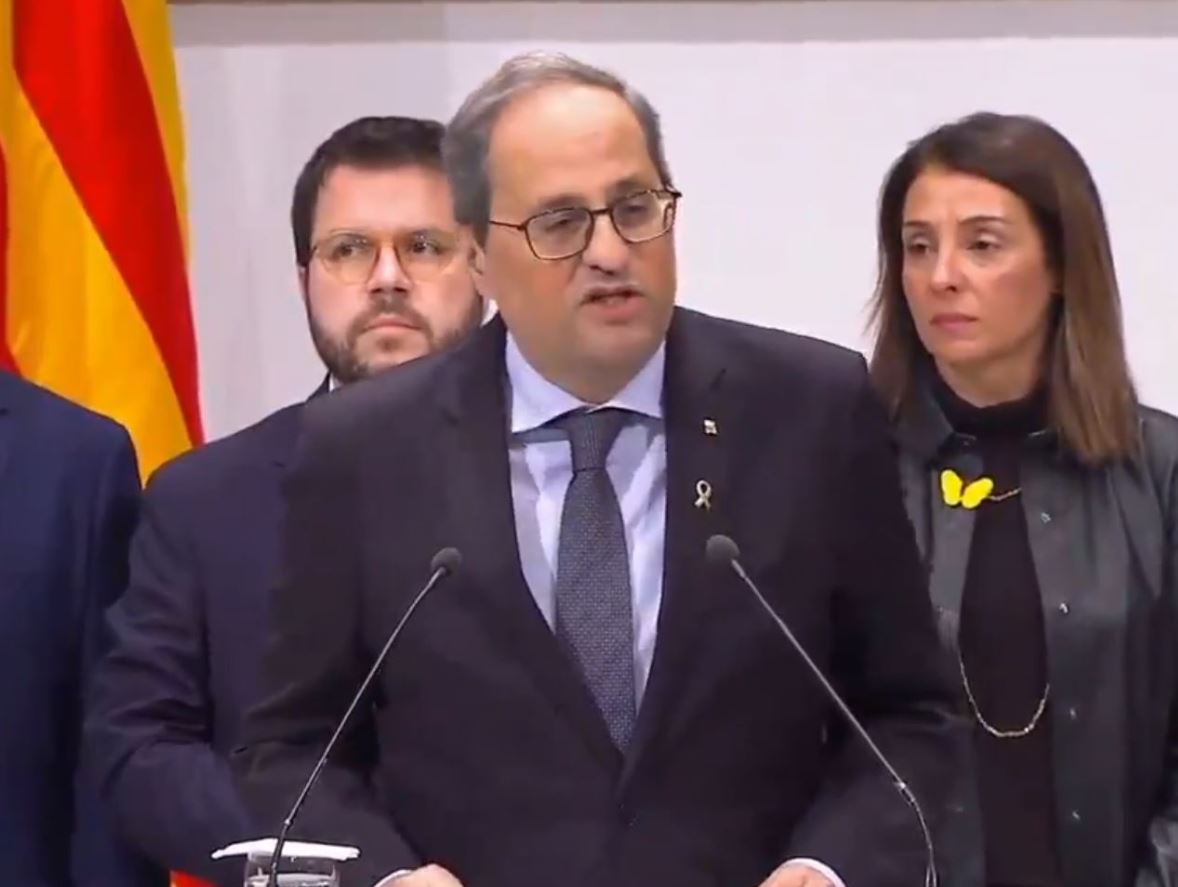 Thousands of pro-independence supporters took to the streets in Catalonia after their leader was ousted. On Friday, Spain’s electoral board moved to disqualify Catalan separatist President Quim Torra from regional parliament.

Protesters gathered in front of government headquarters, where Torra greeted them and made a statement.

Hundreds of people begin to gather in front of the Catalan government headquarters at Plaça Sant Jaume in Barcelona where Quim Torra is due to meet with the Catalan cabinet following the electoral authority’s decision to oust him as president pic.twitter.com/f5in50vS1o

Some have said they’re upset with Spain’s refusal to engage in talks about the Catalan region becoming an independent country.

“The electoral board, like all Spain, takes resolutions that have nothing to do with Catalan reality at all,” said one resident. “It is a colonial state…with a justice of the enemy, simply that.”

Last month, Torra was convicted of disobedience for failing to remove certain symbols from public buildings. He is calling the board a coup against Catalans institutions and plans to appeal the decision.

President Quim Torra: "I can only be barred from office by Catalan parliament, I will appeal this completely authoritarian and irregular decision"#SpanishPutschInCatalonia pic.twitter.com/EYCp9kyJBt