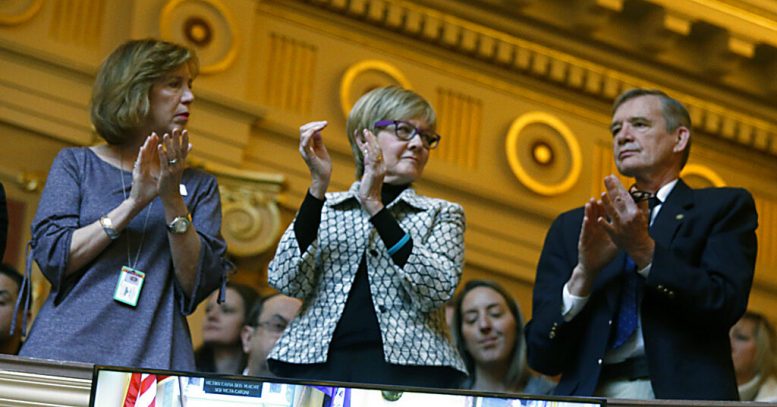 Gun safety advocates, from left, Lori Haas, Barbara Parker and Andrew Goddard, applaude a house speech by Del. Patrick Hope, D-Arlington, who spoke in favor of a number of gun-related bills during the floor session of the Virginia House of Delegates inside the State Capitol in Richmond, Va., Thursday, Jan. 30, 2020. (Bob Brown/Richmond Times-Dispatch via AP)

Virginia lawmakers are continuing to get gun laws through the the state’s lower chamber as Democrats get a narrow victory on a gun bill.

The state’s delegates passed HB 961 on Tuesday, banning specified semi-automatic firearms and modifications. Advocates of the bill believe this will keep prohibited items out of the hands of the wrong people.

“I ask you to pass this while they do have uses that were probably fine in the hands of certain people,” urged Andrew Goddard from the Virginia Center for Public Safety. “We don’t have a system in place to ensure that they are only in the hands of those good people.”

The bill bans the transaction of any firearm defined as a semi-automatic rifle that can hold a magazine exceeding 12 rounds. It also prohibits transactions involving suppressors, high capacity magazines and trigger activators. Opponents believe this is far reaching and targets law abiding citizens.

Gun laws have been contentious in the state since Democrats took control of its legislature in November. Seven out of eight bills regarding gun legislation have been passed by Virginia’s House of Delegates this year, which has prompted protests from Second Amendment advocates.

A large protest at the state capitol ensued as a result of aggressive gun policies as well as more than 80 communities calling themselves Second Amendment sanctuaries. 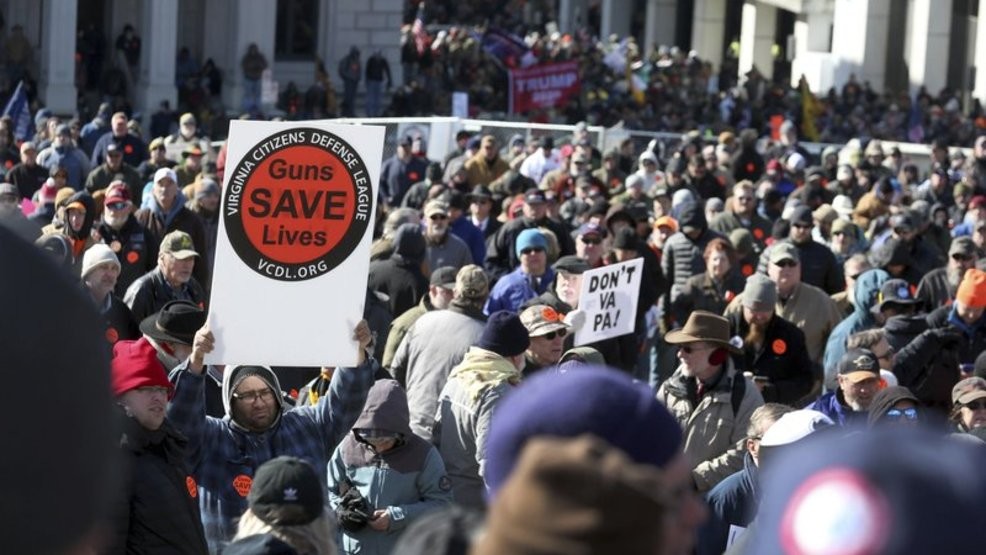 Gun-rights supporters pack the hill on Capitol Square as speakers talk in Richmond, Va., Monday Jan. 20, 2020. Gun-rights activists and other groups are descending on Virginia’s capital city of Richmond to protest plans by the state’s Democratic leadership to pass gun-control legislation.(Rob Ostermaier/The Virginian-Pilot via AP)

Virginia is following the lead of seven states, including California and New York, that have approved similar gun laws. If the bill is passed, Virginians who legally own banned items on July 1, 2020 will be able to keep them until January 2021. They can extend this by obtaining a permit by the Department of State Police.

The measure will now move to the state Senate, where Democrats have narrow control.