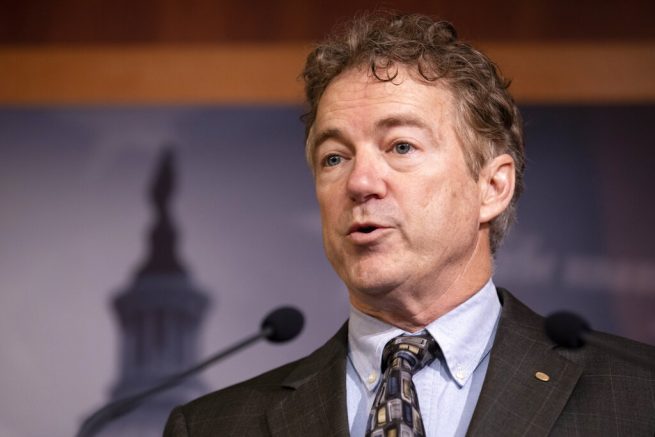 Sen. Rand Paul, R-Ky., speaks during a news conference on Capitol Hill in Washington, Thursday, Jan. 30, 2020, during the impeachment trial of President Donald Trump on charges of abuse of power and obstruction of Congress. (AP Photo/ Jacquelyn Martin)

On Tuesday, he stated that the Constitution protects debate and said he thinks the chief justice made a big mistake by not allowing his question about the whistleblower.

The Kentucky Republican also pointed out the law does not preserve the anonymity of whistleblower’s. Sen. Paul specifically named the suspected whistleblower while delivering question.

On the floor of the U.S. Senate, Sen. @RandPaul reads and displays the question which Chief Justice Roberts declined to read last week during the Impeachment Trial. pic.twitter.com/nxZb255IbU

Sen. Paul said he does not support jailing or firing the whistleblower, however, he continued to point out that lawmaker as well as the American people should know if they and others had biases going into impeachment proceedings.