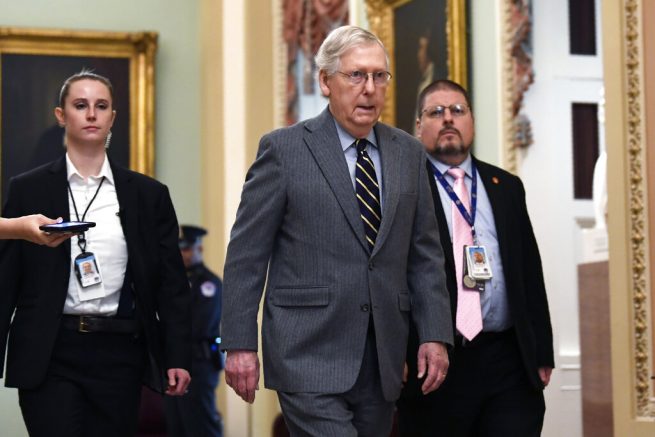 While speaking on the Senate floor Tuesday, McConnell called on his colleagues to defeat a proposed motion that requires President Trump to end all military operations against Iran within 30 days.

The majority leader said the resolution would severely damage America’s ability to defend itself and could embolden the Ayatollah regime to stage new attacks against the U.S.

“The ill-conceived potshots at presidential authorities in the wake of a strike that succeeded using the blunt instrument of a war powers resolution is no substitute at all for answering these broader questions,” stated McConnell. “I will oppose my colleagues’ resolution tomorrow, and I would encourage my colleagues to do likewise.”

The resolution is expected to pick up the four Republican votes needed for initial adoption. However, its further prospects remain unclear.