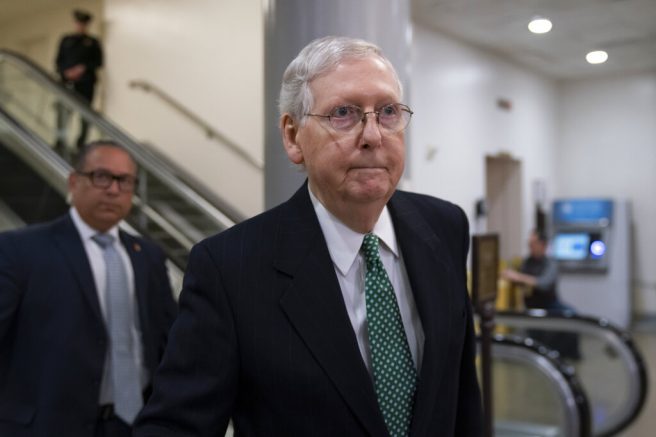 According to Senate Majority Leader Mitch McConnell, the upper chamber will not wait for the House to send over the articles of impeachment. While speaking on the Senate floor Thursday, the Republican leader said House Democrats can create a cloud over the presidency, but they can’t to do it forever.

The Kentucky lawmaker then said the Senate has real business to do for the American people, and will move forward next week if House Speaker Nancy Pelosi doesn’t act sooner.

“If the Speaker continues to refuse to take her own accusations to trial, the Senate will move forward next week with the business of our people,” he stated. “We will operate on the assumption that House Democrats are too embarrassed to ever move forward.”

McConnell also said the Senate will continue to process the USMCA as well as work on issues related to the opioid and drug abuse crisis. 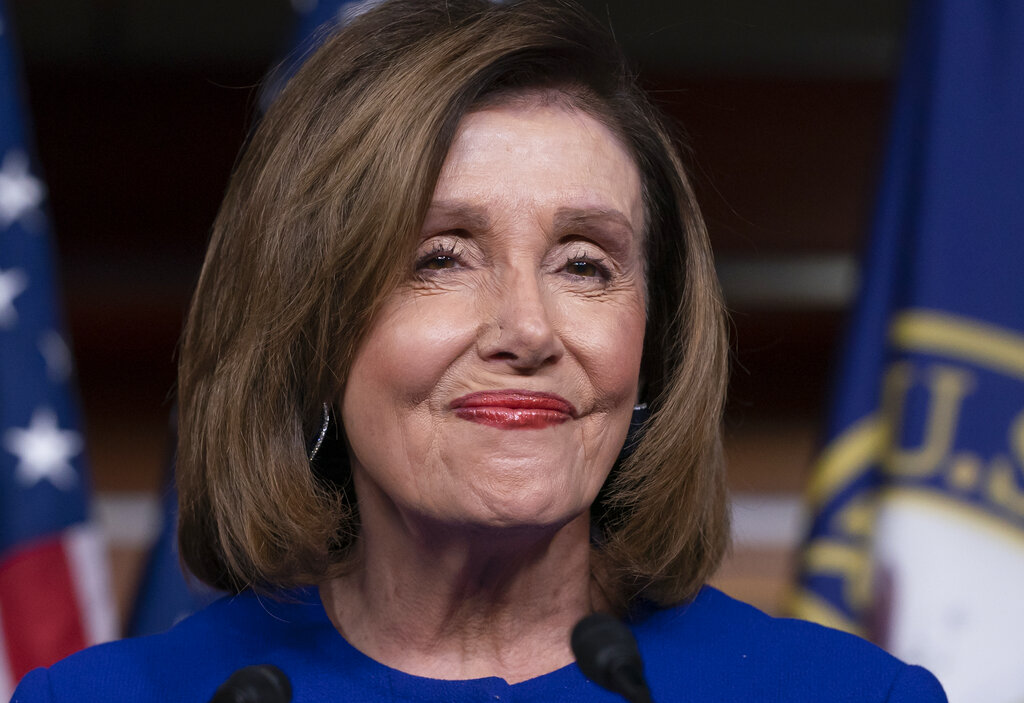 Speaker of the House Nancy Pelosi, D-Calif., arrives to meet with reporters following escalation of tensions this week between the U.S. and Iran, Thursday, Jan. 9, 2020, on Capitol Hill in Washington. (AP Photo/J. Scott Applewhite)

Meanwhile, Speaker Pelosi seems to be in no hurry to release the articles of impeachment to the Senate. While speaking to reporters Thursday, she said she’ll send the articles when she’s ready.

This comes weeks after the House passed the articles with zero Republican support. The Democrat went on to say she’s waiting to see the “terms” for the Senate trial, and expressed concern that senators won’t be impartial.

Q: "Are you holding the articles indefinitely?"@SpeakerPelosi: "No. I'm not holding them indefinitely. I'll send them over when I'm ready. That will probably be soon."

When asked by a reporter if she should move faster on sending the articles, Pelosi said “no” and claimed she’s “moving smartly and strategically.”