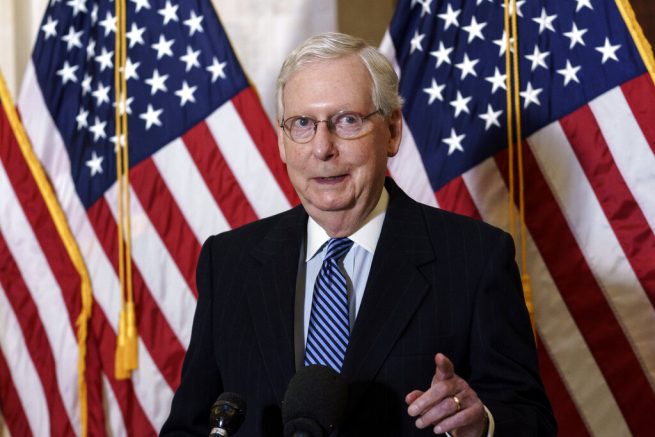 It’s unclear who will serve as majority leader next session as control of the chamber is expected to be determined by the upcoming runoff elections in Georgia.

During a press conference on Capitol Hill, McConnell said GOP leadership is ready to get going. He also weighed-in on the President’s legal efforts regarding the election.

“Anyone who is running for office can exhaust concerns about counting in any court of appropriate jurisdiction, it’s not unusual should not be alarming,” he stated. “At some point here, we’ll find out finally who was certified in each of a state snd the Electoral College will determine the winner.”

This will be the Kentucky lawmaker’s eighth term leading Senate Republicans after first taking the role of GOP leader back in 2007.

Grateful to my Senate Republican colleagues for their unanimous confidence in me to continue serving as Leader. We have a lot more to do to continue fighting for working families and strengthening our great country. pic.twitter.com/Vh8yNkC3Pl

MORE NEWS: Democrats in the House of Representatives are struggling to come to grips with significant losses in congressional seats.