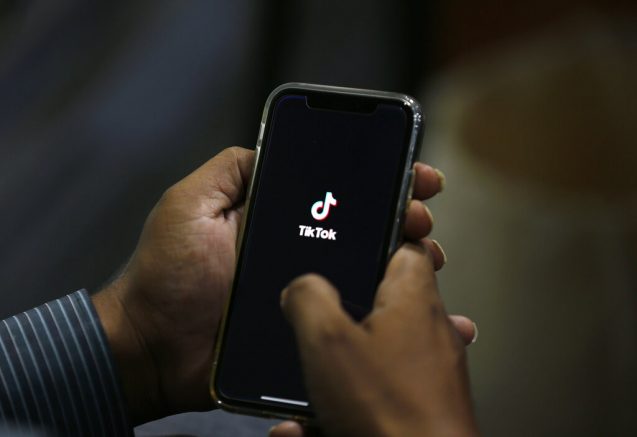 FILE – In this July 21, 2020 file photo, a man opens social media app ‘TikTok’ on his cell phone, in Islamabad, Pakistan. The owner of TikTok has chosen Oracle over Microsoft as the American tech partner that could help keep the popular video-sharing app running in the U.S., according to a source familiar with the deal who was not authorized to speak publicly about it. (AP Photo/Anjum Naveed, File)

Republican Sen. Josh Hawley has called on the Trump administration to stop the sale of TikTok to Oracle. On Monday, the Missouri lawmaker said the sale wouldn’t stop China from using the app to spy on American citizens.

Under the agreement, the details of which have not been made public, Oracle would serve as ByteDance’s “trusted technology provider. However, Hawley argues this means the Chinese company would retain ultimate control over the app.

Reports say @tiktok_us has reached a deal with an American company. I’m urging the Trump Administration NOT to approve it unless it involves a clean break w/ @BytedanceTalk & total separation from #Beijing pic.twitter.com/Ciz5UovsYK

The senator called on Treasury Secretary Steve Mnuchin to reject the proposed partnership or ban TikTok altogether. His call to action came after Mnuchin praised the sale.

“And we have a lot of confidence in both Microsoft and Oracle, they’ve chosen Oracle,” stated the secretary. “We’ll be reviewing it with their technical teams and ours to see if they can make the changes we need.”

Mnuchin went on to confirm the deal will be fully reviewed this week and President Trump is expected to weigh in on the final decision on its approval.

RELATED: ByteDance picks Oracle as partner to try to save TikTok U.S