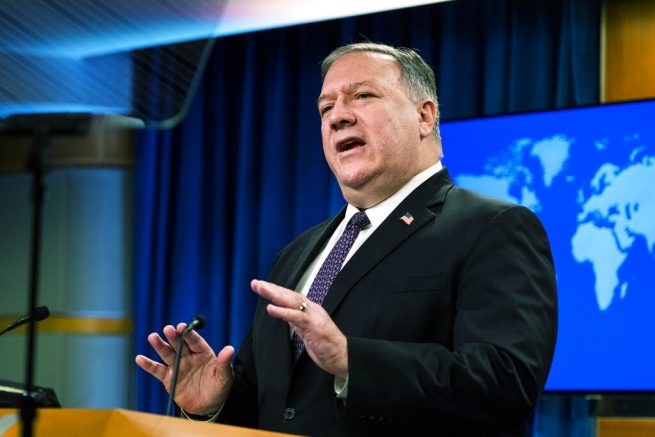 During a press conference Wednesday, Pompeo stated the agency will make sure it makes the right decisions for the American people regarding transparency. He noted the release of the emails from Clinton’s private server is an ongoing process, but pointed out 35,000 are already up on the department’s website.

Pompeo stressed the Democrat’s use of a private server is a very important issue.

“You’ll recall I previously served as a member of Congress, where Secretary Clinton’s use of personal a server containing classified information became a very important issue,” he explained. “I think that’s really important for the American people to continue to understand.”

The State Department chief also said releasing Clinton’s emails for the sake of transparency is not a violation of the Hatch Act, which prohibits participating in political activity while on official duty.

“This isn’t that there was a stray comment on her personal server, this was a system designed to evade State Department rules and regulations on which that server ended up containing highly classified information,” Pompeo continued. “That’s important.”