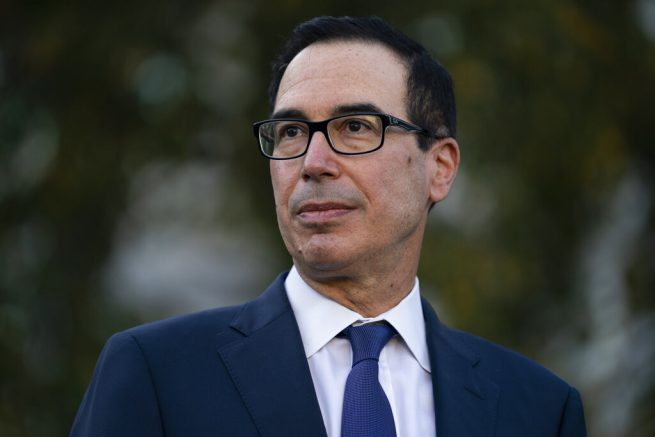 On Wednesday, Mnuchin noted that while progress is being made, top Democrats have taken an “all or nothing” approach to the negotiations. This has exacerbated disagreements between the two parties.

Over the weekend, the White House submitted a $1.8 trillion proposal. This prompted calls from some Democrats for Speaker of the House Nancy Pelosi to accept.

#NEW Speaking at the Milken Institute Global Conference, Treasury Secretary Steven Mnuchin says on stimulus: “getting something done before the election and executing on that would be difficult.”

Mnuchin spoke with Pelosi this morning but the 2 sides failed to come to agreement.

Mnuchin said he hopes to reach a bipartisan bill that both parties can agree on.

“As I said before, we have over $300 billion of money sitting in the Treasury’s account that we just haven’t used and we want authorization,” he explained. “So, our first choice would be, I believe on a bipartisan basis, there would be a lot of support to use that money.”

The House Speaker has said she still has disagreements with multiple policy proposals in the bill. Meanwhile, Mnuchin is expected to continue talks with Pelosi on Thursday.

“We can get it into Americans’ pockets quickly,” the Treasury secretary continued. “…the Democrats won’t agree, we are trying to negotiate in good faith a broader package.”