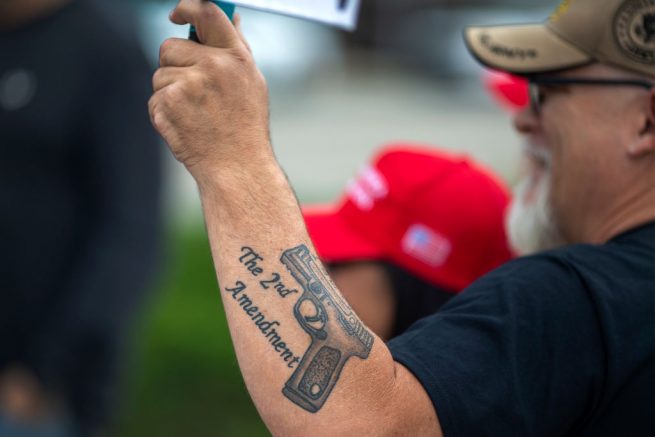 A gun-rights advocacy group has taken on state legislation across the country that they say violates the second amendment. The nonprofit group, ‘Second Amendment Foundation,’ sued the state of Maryland and challenged its requirements to obtain a conceal carry permit.

Maryland law states that people who want to apply for a permit must demonstrate “good and substantial reason.” This means the applicant must provide evidence to back up their claim, including police reports and notarized statements.

The ‘Second Amendment Foundation’ claimed the law greatly reduces the number of permits approved as well as discriminates against regular people with no criminal record and Sen. Michael Hough (R-Md.) agreed.

“It’s almost impossible to get a concealed carry permit in this state,” Sen. Hough noted. “Unfortunately, the Maryland General Assembly is more concerned about dealing with hunting rifles and shotguns than allowing people to actually protect themselves or go after criminals that are using guns in crimes.”

This came after the group recently sued the state of California and called its Gun Roster’ unconstitutional. The roster bans thousands of hand-gun models, which the SAF stated stops Californians from purchasing the firearms in common use for self-defense. The group has argued the constitutional right to bear arms outweighs any state legislation to limit gun sales.