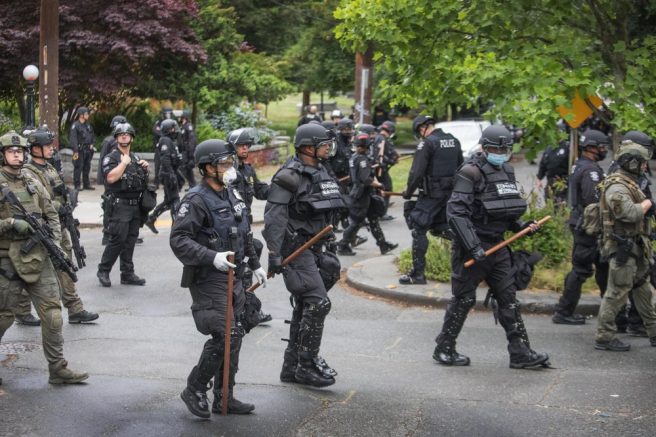 Seattle police finish their sweep Wednesday, July 1, 2020, on the north end of Cal Anderson Park, sweeping everyone off the grounds. (Steve Ringman/The Seattle Times via AP)

Seattle police cleared out a camp in a public park this week, citing numerous fires and acts of vandalism. According to reports, police coordinated with the parks department to clear trash and tents piling up in a park in the city’s Capitol Hill neighborhood.

Authorities confirmed they found several weapons during the sweep, including spike strips, knives and shields.

The operation drew a response from activists, who claimed they wanted to use the park to provide services to the area’s homeless population.

Seven people were arrested during the operation.

Around 100 people marched on the police department’s East Precinct that evening in protest. These demonstrations occurred in same area as the defunct ‘CHOP’ zone, which was dismantled at the beginning of July.