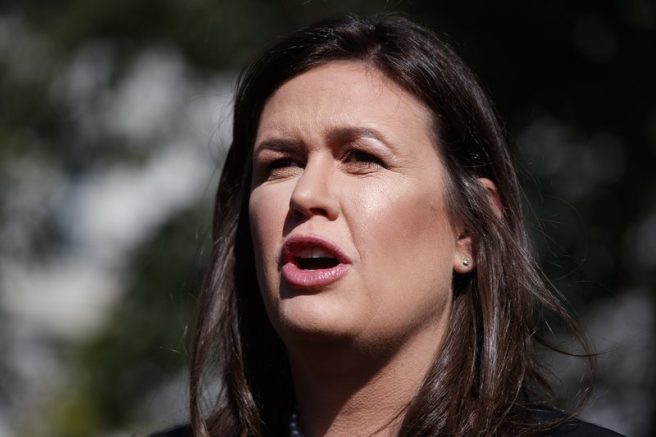 In the video posted Sunday, Sanders said President Trump has “the greatest amount of respect” for our armed forces. The former official also noted she has watched the president fight to make sure the men and women our military have the resources they need.

The malicious lies about @realDonaldTrump from anonymous sources in the Atlantic are disgusting.

This story is an insult to journalism.

I would know, because I was there-> pic.twitter.com/pt7rDfwr8x

Sanders then detailed how the president handled his talks with the families of fallen soldiers. In her tweet accompanying the video, Sanders slammed The Atlantic’s report as quote “an insult to journalism.”