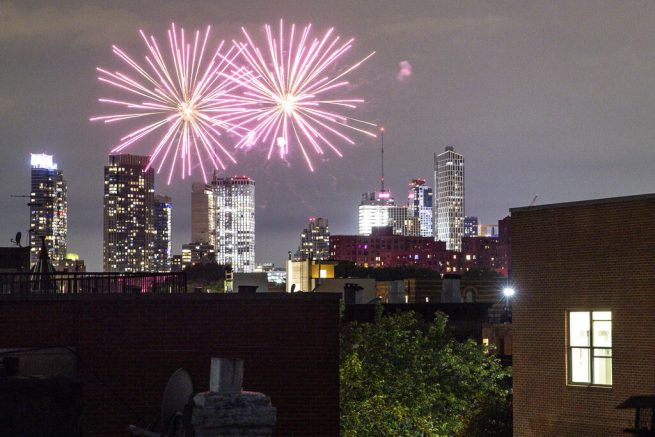 FILE – In this Friday, June 19, 2020 photo, fireworks explode during Juneteenth celebrations above the Bedford-Stuyvesant neighborhood in the Brooklyn borough of New York. (AP Photo/John Minchillo, File)

On Monday night, New Yorkers gathered outside Gracie Mansion to send a message to their mayor. Cars lined up outside, honking horns and chanting demands, in an effort to disturb Bill de Blasio’s sleep.

Even city council members joined in the protest.

“We need to send a message that we need to end these chaotic fireworks that have been happening across the city,” stated city councilor Chaim Deutsch. “If we can’t sleep, Mr. Mayor, you won’t sleep.”

Hundreds are protesting outside Gracie Mansion in #Manhattan right now after @NYCMayor refuses to do anything about the insane fireworks the last few weeks plaguing NYC. Residents can't sleep, so they decided to not allow Deblasio to sleep tonight either. pic.twitter.com/Kom1X7PTPM

Protesters are fed up with the number of illegal fireworks that have been set off in recent weeks. According to them, the mayor has done nothing about it.

“It was like the sparkles, they just went off, off, off. I went, ‘Ah, are you kidding me?’ That was Tuesday. Wednesday night, then they’re blowing off the big guys.” – Julie McCormick, resident

Here we go again #fireworks looks like Flatbush vs Prospect Lefters who will win tonight? Find out on #NoSleepInBrooklyn pic.twitter.com/1YDnDpTj7T 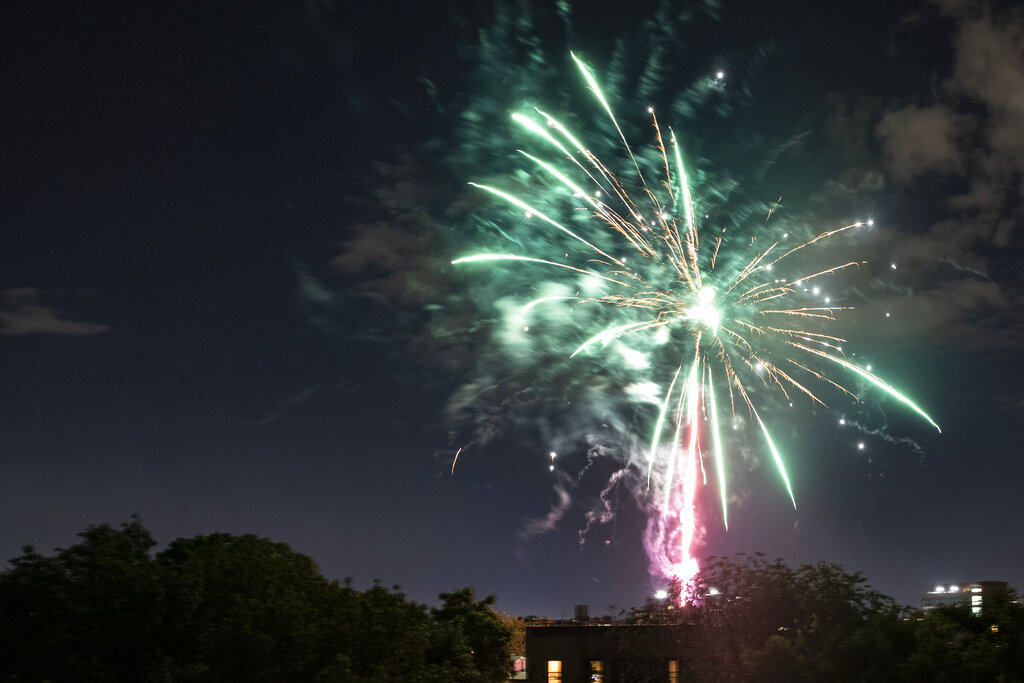 In the first three weeks of June, 8,967 complaints were called in. During the same period last year, there were only 28.

“It’s happening on the weekdays, and after midnight,” explained one local. “You can hear, they just go off around this time for the rest of the night.”

“You would think that we’re at war,” added another.

According to officials, the illegal fireworks aren’t just a nuisance, they’re also dangerous.

There have been many reports of injuries. In one instance, a 66-year-old homeless man was wounded after two men threw a firework at him while he was sleeping.

The NYPD has been investigating that incident and confirmed the man was in stable condition.

“Now it’s time for all those who call 311, who don’t want heavy hand policing, it’s time for you to come out of your homes and go talk to the young people or the people on your block who are using fireworks like this,” stated Brooklyn Borough president Eric Adams. 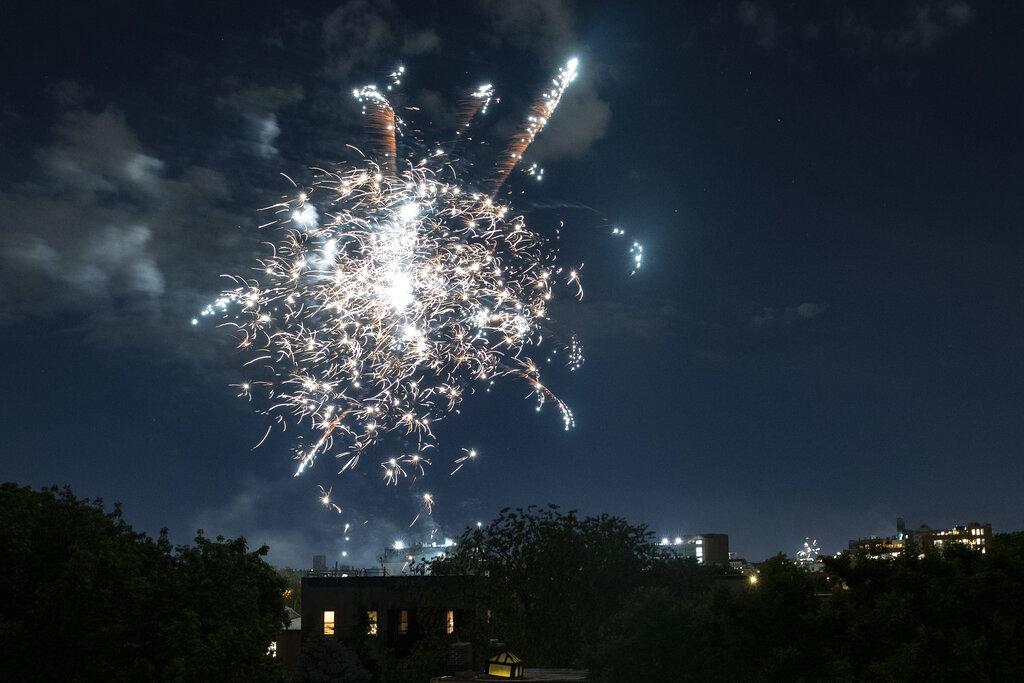 On Tuesday, the city’s mayor announced a multiagency crackdown.

The group responsible for tackling the issue will include the NYPD, FDNY and sheriff’s deputies. Many are now waiting to see if this new effort will actually solve the issue.