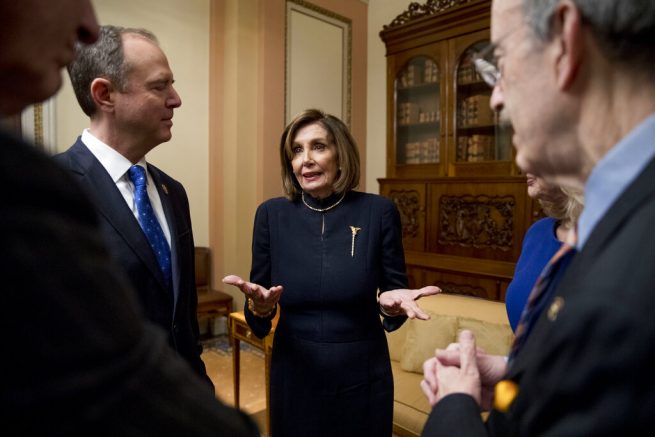 Reps. Mark Meadows, Andy Biggs and Jody Hice held a rally with activists at the U.S. Capitol to criticize Democrats’ inaction on impeachment. This comes as the articles of impeachment against the president have yet to be released to the Senate.

Rep. Hice was the first to address the group on Wednesday. She accused House Speaker Nancy Pelosi of “fomenting a coup attempt” against President Trump. Congressman Biggs said Pelosi has built up impeachment “on straw at best,” adding that her reluctance to send impeachment articles shows she has nothing on the president.

Rep. Meadows then accused Adam Schiff of goading impeachment witnesses during House hearings when he did not get the answers he wanted. 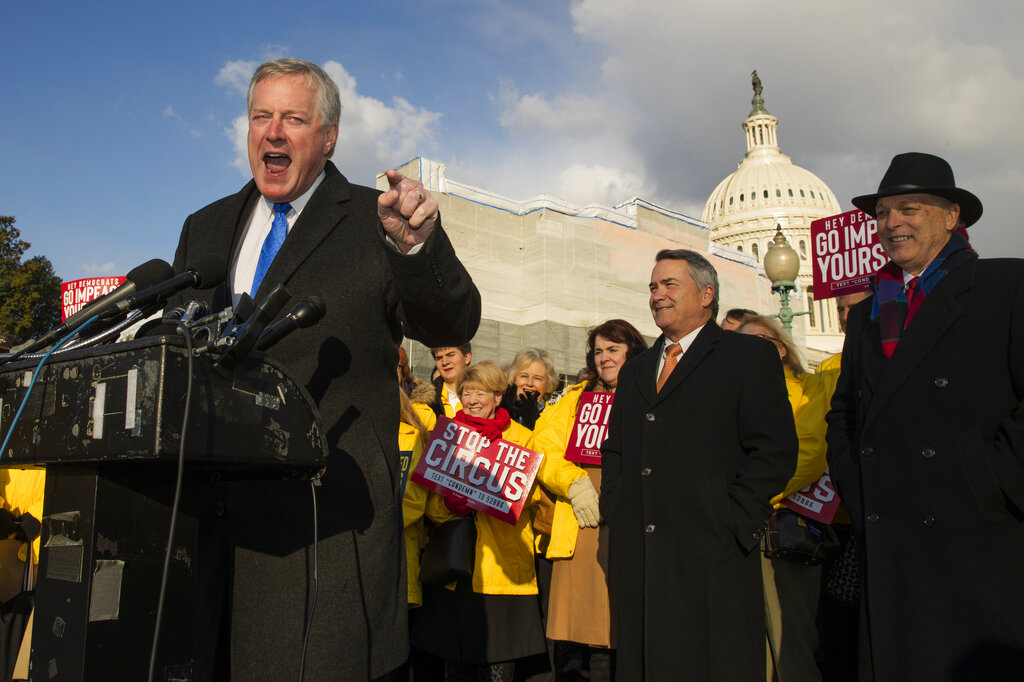 “Adam Schiff didn’t get the answer he wanted, Nancy Pelosi didn’t get the answer she wanted and so what are they doing?” asked Meadows. “They continue to play politics in this building right behind us instead of allowing Mitch McConnell to do his job in the Senate and acquit this president, so we can get on with creating jobs and doing what this president does best.”

The North Carolina lawmaker also said while the Republicans can’t impeach Pelosi, there are ways to remove her from her post.