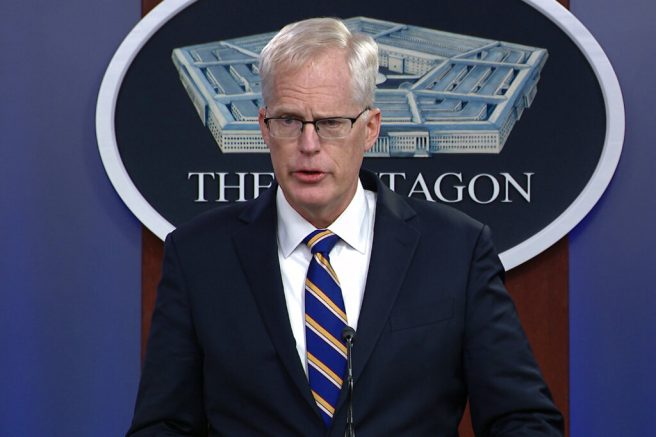 In this Tuesday, Nov. 17, 2020, image taken from a video provided by Defense.gov Acting Defense Secretary Christopher Miller speaks at the Pentagon in Washington. (Defense.gov via AP)

The Trump administration is reportedly considering a troop withdrawal in Somalia as part of a larger drawback.

According to U.S. officials speaking on condition of anonymity this week, President Trump is contemplating bringing the nearly 700 American soldiers home. However, it does not appear these plans are finalized and no official orders have been handed down in Somalia from the U.S. military.

This news follows the President’s draw-down in troops in Afghanistan and Iraq, which is a move facing some criticism from lawmakers on both sides of the aisle.

“In Somalia, the discussion…Somalia and Iraq and Afghanistan…none of those places are nearly as secure if we leave as they are if we’re there,” stated Sen. Roy Blunt (R-Mo.).

When @realDonaldTrump took office, 12,966 military members were serving in Afghanistan & 7,538 were in Iraq.

Acting Defense Secretary Christopher Miller is reported to be seriously looking into the troops in Somalia as the administration considers the withdrawal.