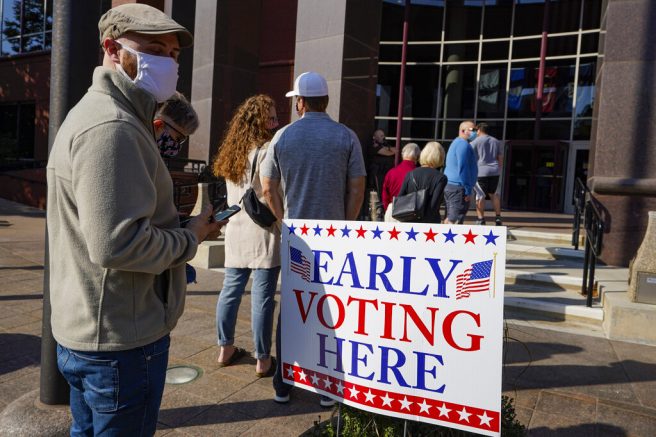 Voters wait in line at the Judicial Center in Noblesville, Ind., Wednesday, Oct. 7, 2020, to cast their ballot on the second day of early voting in Indiana. (AP Photo/Michael Conroy)

A record number of Americans have already cast their ballot ahead of the November election. The United States Election Project released a report Wednesday showing more than 5.5 million people have either mailed in their ballot or voted in-person.

That’s more than 73 times the number of people who voted at this point in 2016. The massive spike in early voting comes as states expand voting periods and as the coronavirus pandemic continues throughout the country.

Meanwhile, concerns over the U.S. Postal Service have driven others to cast their ballot in-person to make sure it counts. Others have said it’s their duty as Americans to make their voices heard.