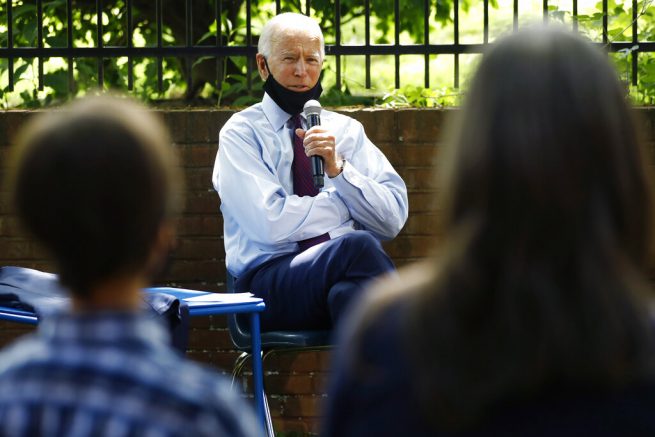 Presumptive Democrat presidential nominee Joe Biden has released his staff’s diversity statistics, revealing his team is not as diverse as he has claimed. The candidate released these numbers Saturday immediately after a town hall, during which officials called for him to back his diversity claims within his staff.

The former vice president has received mounting pressure to release these figures, but has refused to make this information public for months.

However, he has long boasted his team’s representation.

“We have a diverse staff that goes across the board, high level and senior positions,” he said. “It does include AAPI members, as well as a significant number of African Americans.”

The new numbers revealed only 35% of his full-time staff are people of color, which is less than Hillary Clinton’s 38% in 2016. Diversity groups are pushing for Biden to hire more diverse applicants and have set a bench mark of 45%.