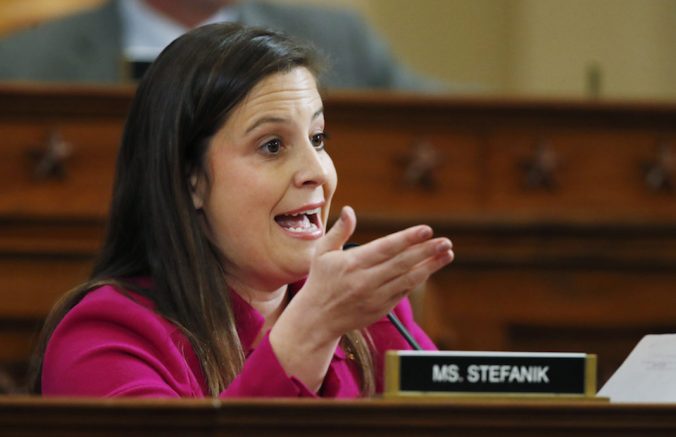 GOP congresswoman Elise Stefanik has continued to make waves in Congress. That’s according to a Wednesday press release from the New York representative’s campaign, which detailed her performance heading in to 2020.

Her campaign disclosed that Stefanik has raised more than $3.2 million in the last quarter of 2019. It also noted her significant lead over her Democrat challenger Tedra Cobb, who has raised roughly $2 million.

Stefanik also gained attention for her arguments during the impeachment inquiry by highlighting Democrats’ double standard when it came to investigating Hunter Biden’s conflicts of interest at a Ukrainian energy company.

“President Obama’s own State Department was so concerned about potential conflicts of interests from Hunter Biden’s role at Burisma that they raised it themselves while prepping this wonderful ambassador nominee before her confirmation, and yet our democratic colleagues and the chairman of this committee cry foul when we dare ask that same question that Obama State Department was so concerned about,” Stefanik stated during the testimony of former Ambassador to Ukraine Marie Yovanovitch.

The exchange prompted backlash from Kellyanne Conway’s husband, George Conway, who attempted to convince voters to support Stefanik’s Democrat opponent. Meanwhile, President Trump applauded her testimony. After the hearings, he took to Twitter to congratulate her.