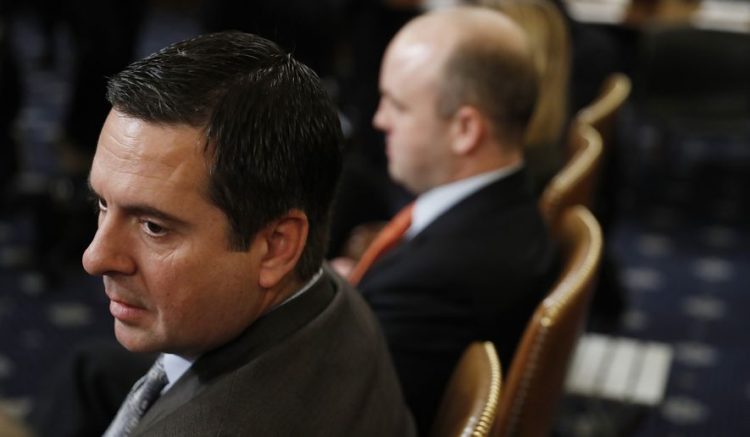 This comes after Atkinson alerted the director of National Intelligence about the whistleblower complaint, and deemed it credible after conducting his own independent investigation. The inspector general then notified House Democrats of the existence of the complaint.

Although Atkinson testified in October, a transcript of his interactions with lawmakers has not yet been released to the public. In the meantime, government watchdog group Judicial Watch is suing the Department of Justice for communications between Atkinson and lawmakers.

“Everyone needs to see that testimony and the reason that it’s not being released is because it’s very damaging, not only to the whistleblower, but also to Atkinson himself,” Nunes stated.,

The California lawmaker went on to say he believes Atkinson needs to retract or correct his statements. Since giving his testimony, the inspector general has refused to respond to requests for comment on the matter.