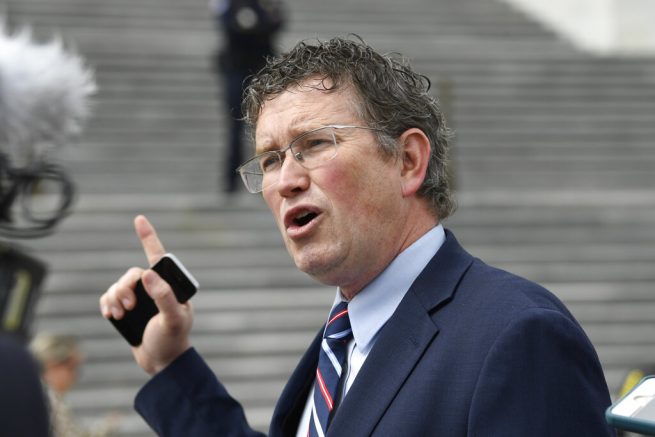 Rep. Thomas Massie (R-Ky.) has said he would not vote to convict Kyle Rittenhouse, who has been accused of killing two people in Kenosha. On Friday, he defended the 17-year-old’s actions.

Based on the footage, Massie claimed it was clearly self-defense. After seeing the evidence and social media footage, the lawmaker believes Rittenhouse was not acting out of malicious intent, but was fearful of his safety.

He added the young man was a lot more merciful than he could have been.

“He also exhibited incredible restraint and presence, a situational awareness. He didn’t empty a magazine into a crowd. There were people around him who could have caused him harm, but as soon as they showed any sign of retreat or non-aggression, he did not shoot them.” – Thomas Massie, U.S. Representative

Massie went on to say the state of protests is worrying if a 17-year-old feels the need to take action to stop the violence.