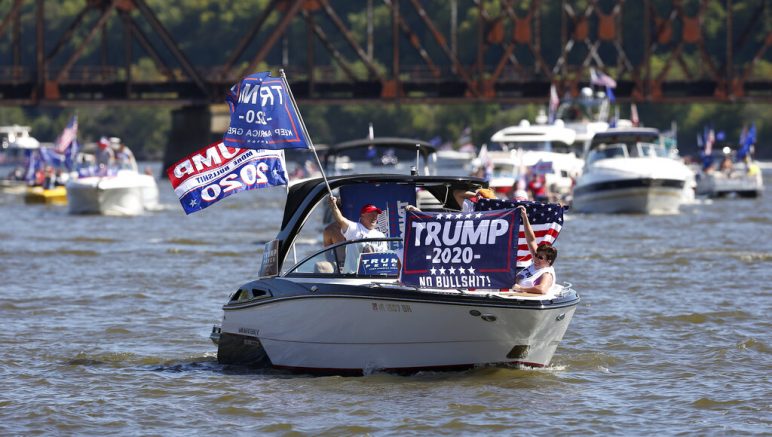 Participants in the Trump Boat Parade, an event supporting President Donald Trump, make their way down the Mississippi River in Dubuque, Iowa, on Saturday, Sept. 5, 2020. (Nicki Kohl/Telegraph Herald via AP)

From sea to shining sea, President Trump’s supporters are making a splash with their efforts to support his reelection bid. Thousands of boaters came together in Austin, Texas over Labor Day weekend for a boat parade in support of the president.

The event was held on Lake Travis. Attendees estimated there were as many as 3,000 boats.

Everything really is bigger in Texas! Take a look at the hundreds of boats gathered on Lake Travis right now for a boat parade honoring President @realDonaldTrump! Senate District 24 supports our President! #TrumpBoatParade #txlege pic.twitter.com/zvZHT8EjtO

Drone footage submitted to One America News by Paul Roberts and Paul Struhsaker of Lago Vista, Texas showed just how many came out to show their “MAGA” pride.

Although some boaters reportedly needed to be rescued from choppy waters and multiple boats sank, event organizers have said this is a safer way to express support amid the pandemic and tense political climate.

“I think that this is the silent majority,” stated event organizer Pacey Chynoweth. “I think this is a safe, fun way we can speak, communicate and stand up for what we believe in.” 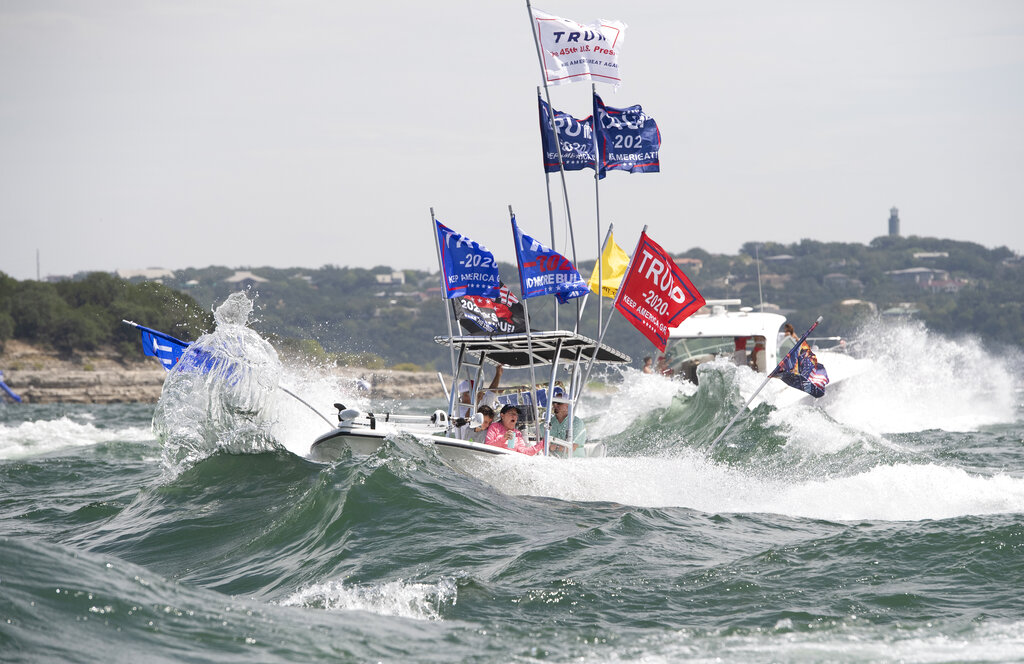 This was just one of several boat parades taking place across the country over the holiday weekend.

Participants took to the waters, waving “Trump 2020” and “blue lives matter” flags to show their support. Several cities are competing to see who can break the world record of largest boat parade.

Boat parades have become a popular mode of celebration since the President Trump’s birthday in mid-June.

“Everyone’s been recognizing these boat parades,” stated event organizer Nick Garcia. “Everyone really wants to get involved, celebrate our president and America.”

Many organizers across the country are trying to unify their communities and create a welcoming environment for those who support the president.

“The thing I try to do is treat everyone with respect. I’m not going to change my mind on what I stand for. I believe in this, and that’s the great thing about this country. We are free and we’re able to think the way we want. We’re able to vote the way we want.” – Nick Garcia, organizer of the San Diego boat parade

MORE NEWS: President Trump Urges Congress To Approve Next Round Of Stimulus Checks