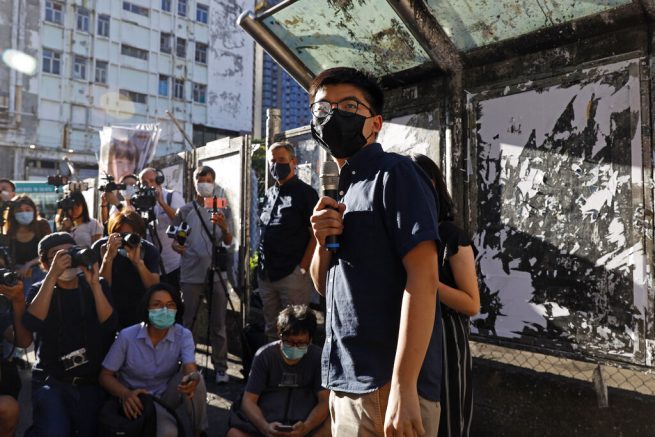 Protesters in Hong Kong have been petitioning against China’s new security law, which will tighten China’s grip on the democratic city. Activists took to the streets to demand freedom on Friday.

According to demonstrators, the bill will take away citizens’ basic human rights and attempt to censor pro-democracy advocates.

The protests have been ongoing since China sought to broaden its security reach to Hong Kong over the past two years.

“With the threat from Beijing, the national security law is not only about the matter of whether I will be disqualified or not, it’s about the risk that I might be extradited to China to face unfair trial and lock up in prison in the Chinese judiciary system,” explained activist Joshua Wong.

Wong also announced his intention to run as a pro-democracy candidate in Hong Kong’s Legislative Council. The student activist gained attention from the media and world leaders when he became the face of the 2014 “Umbrella Movement.”