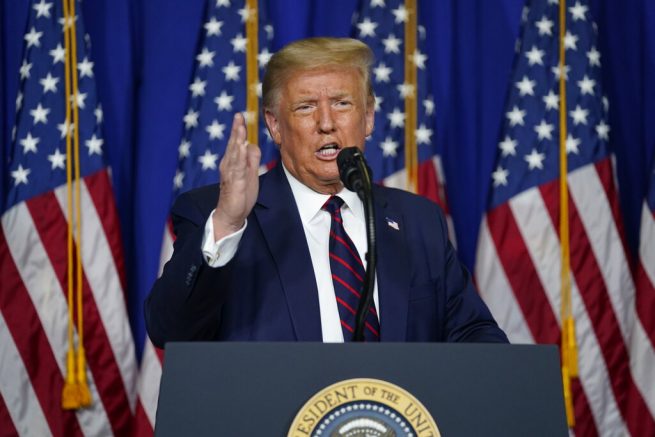 President Trump has refuted attacks on the U.S. economy by saying he’s optimistic of incoming numbers.

“I think the recovery’s been very strong,” he stated. “We’ve set record job numbers, we’ve set record numbers..whether it’s a pure V or a little bit less than that, I think it’s going to be very good.”

The president said Monday that the pace of economic recovery from COVID-related lockdowns depends on the progress of vaccine development.

“So I think if those things happen, if just one of those events happen, you’ll go right back into that V and I think you’re probably in the V anyway,” he explained. “I really do believe a lot of the Governors should be opening up states that they’re not opening and we’ll see what happens with them.”

His remarks came after the mainstream media claimed a surge in virus cases could spark new shutdowns and derail economic growth. However, the president said lockdowns should eventually end.

President @realDonaldTrump’s message to the American people: “Success is going to bring us together, it was doing it before” pic.twitter.com/ARFMPtoPol

President Trump went on to say a potential vaccine could arrive before the end of the year.