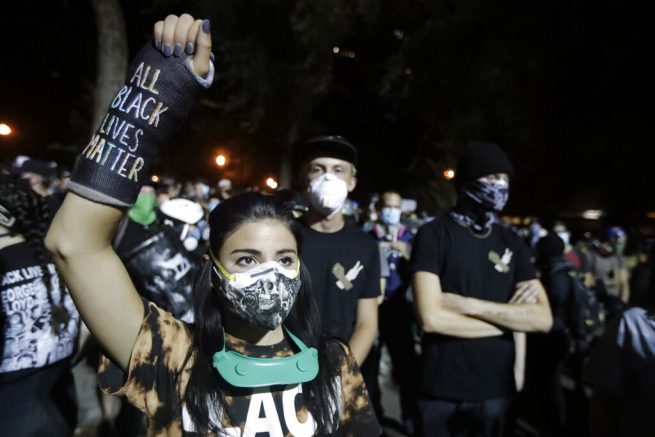 A demonstrator raises her fist while listening to a speech during a Black Lives Matter protest at the Mark O. Hatfield United States Courthouse Thursday, July 30, 2020, in Portland, Ore. (AP Photo/Marcio Jose Sanchez)

President Trump has set a deadline for Democrat leaders in Portland, Oregon to put an end to riots in their city. On Thursday, the president confirmed Homeland Security agents will remain in the area for 48 hours to see if crime and political violence show signs of letting up.

“Our people are staying there to see whether or not they could do it today and tomorrow,” he said. “If they don’t do it, we will send in the National Guard and we’ll take care of it.”

Portland Democrats have complained about potential federal overreaches in the handling of those riots. 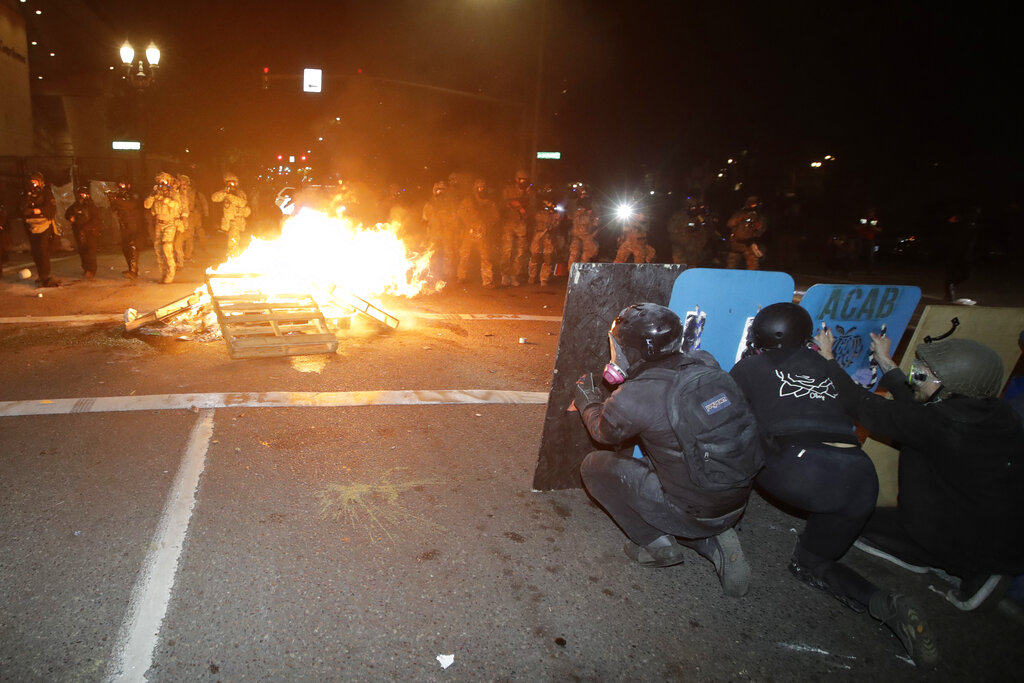 However, the president has reaffirmed the deployment of the National Guard would solve the problem.

“These are people that hate our country. We’re telling them right now that we’re coming in very soon. The National Guard, a lot of people, a lot of very tough people. These are not people that just have to guard the courthouse and save it, these are people that are allowed to go forward and do what they have to do.” – Donald Trump, 45th President of the United States

“These are people that hate our country.”

Trump says if local law enforcement in Portland doesn’t disperse “this beehive of terrorists," he will send in the National Guard pic.twitter.com/DHjLiR019T

He reiterated Portland’s ruling Democrats were not able to control the situation in the past 60 days, which he said justifies his actions to restore law and order.