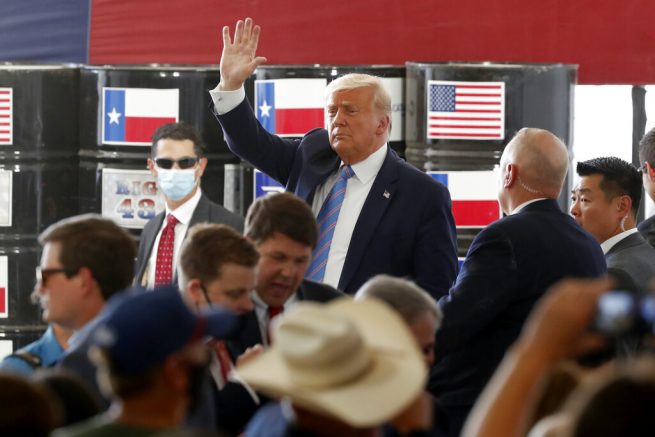 President Trump has clarified he does not want to delay the November elections amid the pandemic. The president stated he doesn’t want to see a date change, but emphasized he also doesn’t want a “crooked election.”

Earlier this week, he raised concerns about delayed or fraudulent election results, which he said can take weeks or even months to sort out.

With Universal Mail-In Voting (not Absentee Voting, which is good), 2020 will be the most INACCURATE & FRAUDULENT Election in history. It will be a great embarrassment to the USA. Delay the Election until people can properly, securely and safely vote???

President Trump also lambasted mainstream media for their reaction to his suggestion. On Thursday, he said the idea finally had them concerned over the threats to democracy caused by “mail-in voting.”

Glad I was able to get the very dishonest LameStream Media to finally start talking about the RISKS to our Democracy from dangerous Universal Mail-In-Voting (not Absentee Voting, which I totally support!).

He went on to say he is not referring to absentee voting, which is something he supports.

The president reiterated the importance of knowing “election results on the night of the election” and “not days, months or even years later.”

Must know Election results on the night of the Election, not days, months, or even years later!

MORE NEWS: Reports: 2020 To Be One Of The Most Litigated Elections In History