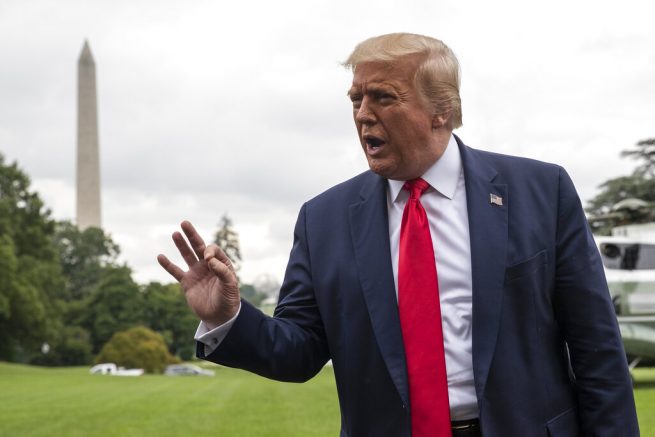 President Donald Trump speaks with reporters as he walks to Marine One on the South Lawn of the White House, Friday, July 31, 2020, in Washington. Trump is en route to Florida. (AP Photo/Alex Brandon)

According to President Trump, Democrats are to blame for stalled negotiations over a new round of stimulus. The legislation has been in the works for months, but Democrat and Republican lawmakers keep butting heads over major aspects of the package.

While speaking at a roundtable with police, the president also suggested China may be held financially accountable for the toll the virus has taken on the U.S. economy.

“I want our people to be able to live and live well. It wasn’t their fault that China brought in this pandemic, this plague. It’s China’s fault, if you want to know the truth. China should be paying for it, and maybe they will.” – Donald Trump, 45th President of the United States

Pelosi & Schumer blocked desperately needed unemployment payments, which is so terrible, especially since they fully understand that it was not the workers fault that they are unemployed, it’s the fault of China!

The administration has stated it’s receptive to striking a deal on a potential stimulus bill, even if it does not include the liability shield for businesses that Majority Leader Mitch McConnell wanted. 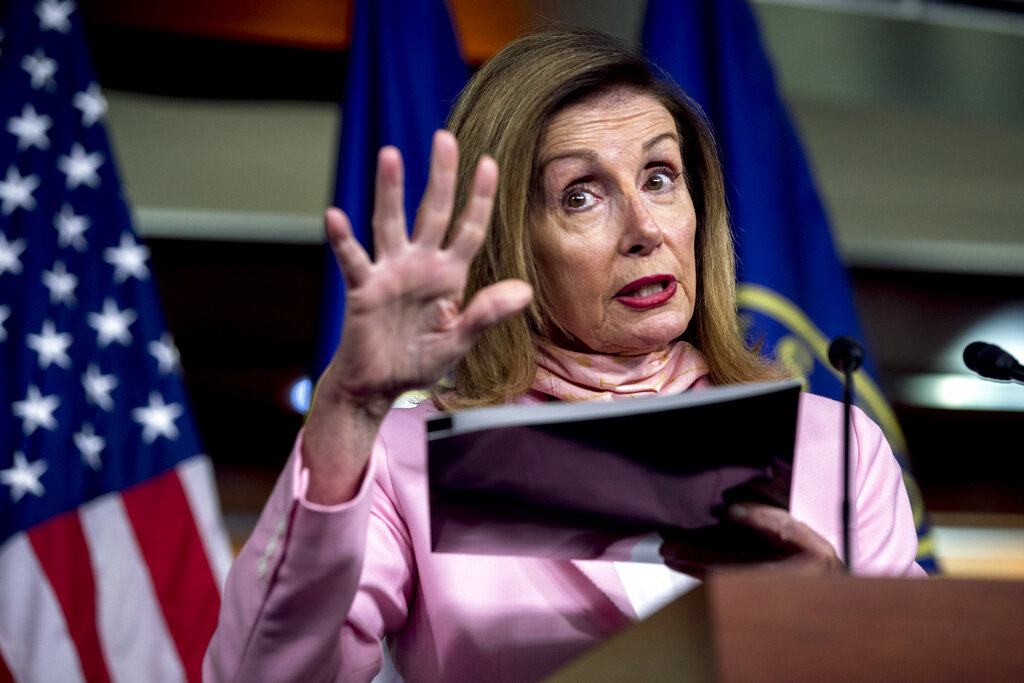 House Speaker Nancy Pelosi of Calif. uses a folder as a prop as she speaks about mail in voting during a news conference on Capitol Hill in Washington, Friday, July 31, 2020. (AP Photo/Andrew Harnik)

White House Chief of Staff Mark Meadows has also blamed Democrats for delaying progress on the latest coronavirus relief legislation. During Friday’s White House press briefing, he gave an update on the next stimulus package.

Most recently, Sen. McConnell pushed for a one week extension for enhanced unemployment benefits, but Democrats on the hill rejected this proposal.

“So there’s no clearer message that the American people should receive other than the fact that the Democrats are willing to play politics at a critical time in our nation’s very dire circumstances as we deal with this pandemic,” said Meadows.

He pointed out Democrats also rejected proposals put forward by the Trump administration without offering their own suggestions. 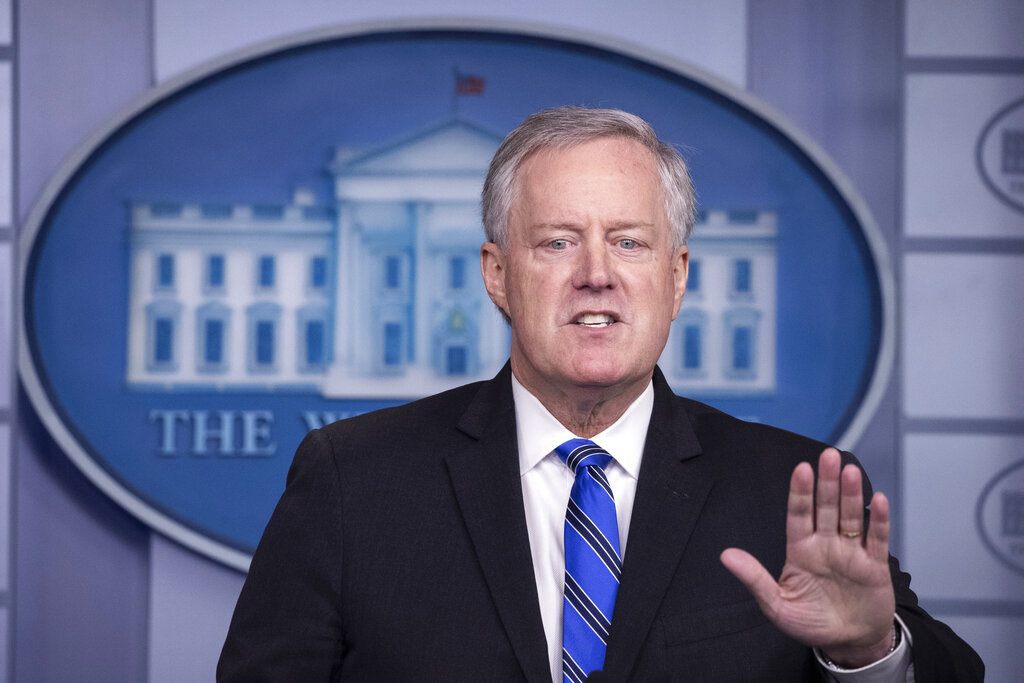 Extended unemployment benefits are set to expire on Friday night.

House lawmakers will not go on summer recess in August as planned. House Majority Leader Steny Hoyer confirmed the lower chamber will meet next month and remain in session until an economic stimulus package is passed.