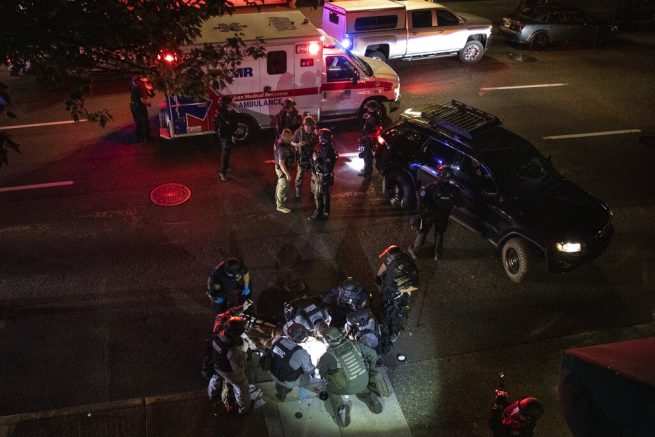 A man is treated by medics after being shot during a confrontation on Saturday, Aug. 29, 2020, in Portland, Ore. (AP Photo/Paula Bronstein)

On Sunday, Democrat Mayor Ted Wheeler gave an update on the recent clashes in his city. During the press briefing, he was quick to blame President Trump for the ongoing violence.

The mayor claimed political division in the U.S. was the president’s fault.

“Do you seriously wonder, Mr. President, why this is the first time in decades that America has seen this level of violence?” he asked. “It’s you who have created the hate and the division.”

Portland Mayor @tedwheeler goes on divisive, lie-filled campaign-style attack on @realDonaldTrump to try and shift blame for recent violence and anarchy in his city onto the President. This is what failed leadership looks like. RESIGN! pic.twitter.com/X9Dl86muho

In recent days, the president has urged local authorities to request federal aid amid destructive riots and looting. He responded to Wheeler’s remarks by slamming the mayor’s own lack of action to restore order.

“Ted Wheeler, the wacky radical left, do nothing Democrat Mayor of Portland, who has watched great death and destruction of his city during his tenure, thinks this lawless situation should go on forever,” President Trump wrote on Twitter. “Portland will never recover with a fool for a mayor.”

Ted Wheeler, the wacky Radical Left Do Nothing Democrat Mayor of Portland, who has watched great death and destruction of his City during his tenure, thinks this lawless situation should go on forever. Wrong! Portland will never recover with a fool for a Mayor….

..The people of Portland, like all other cities & parts of our great Country, want Law & Order. The Radical Left Democrat Mayors, like the dummy running Portland, or the guy right now in his basement unwilling to lead or even speak out against crime, will never be able to do it!

“The only way you will stop the violence in the high crime Democrat run cities is through strength,” he added. 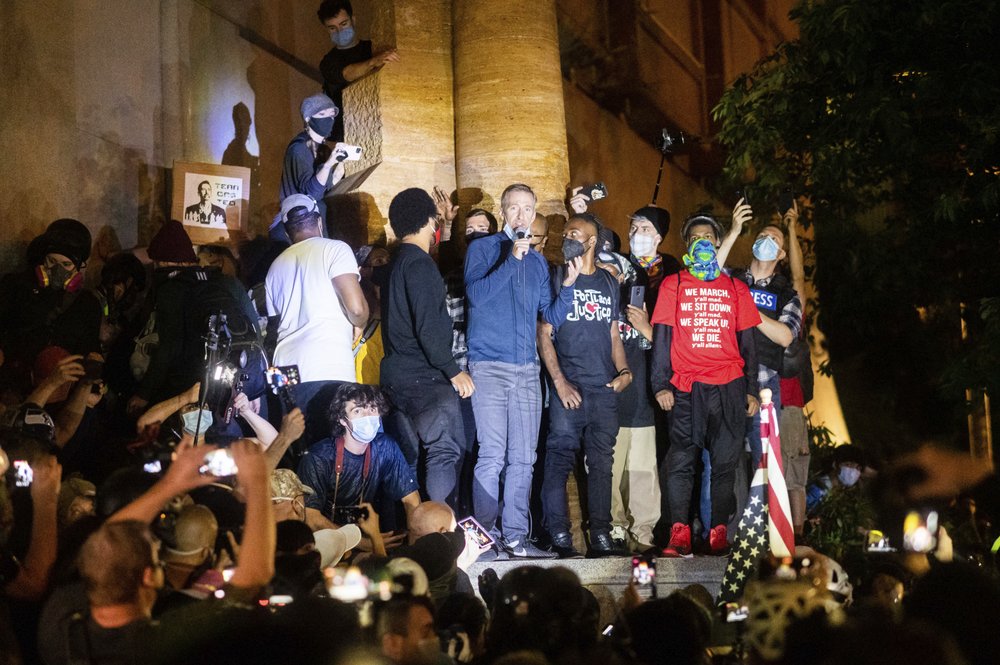 This came just one day after a man was shot and killed in downtown Portland. The incident reportedly occurred Saturday night following clashes between “Black Lives Matter” protesters and a group of President Trump’s supporters.

A huge caravan of around 600 vehicles rolled through the streets of the downtown area as part of the “Trump 2020 Cruise Rally” in Portland. They were later confronted by a group of anti-police protesters.

According to police, the caravan left the area early in the night. However, almost immediately after they dispersed, several gunshots were reported.

The following footage could be considered graphic.

One person was shot dead in Portland in a clash between rival protesters. Police, however, did not immediately link the shooting death to the protests https://t.co/ystK7rnNq8 pic.twitter.com/HEzwg2Ui7H

Officers explained they arrived on scene within one minute and tried to resuscitate the gunshot victim. Despite their efforts, he did not survive. 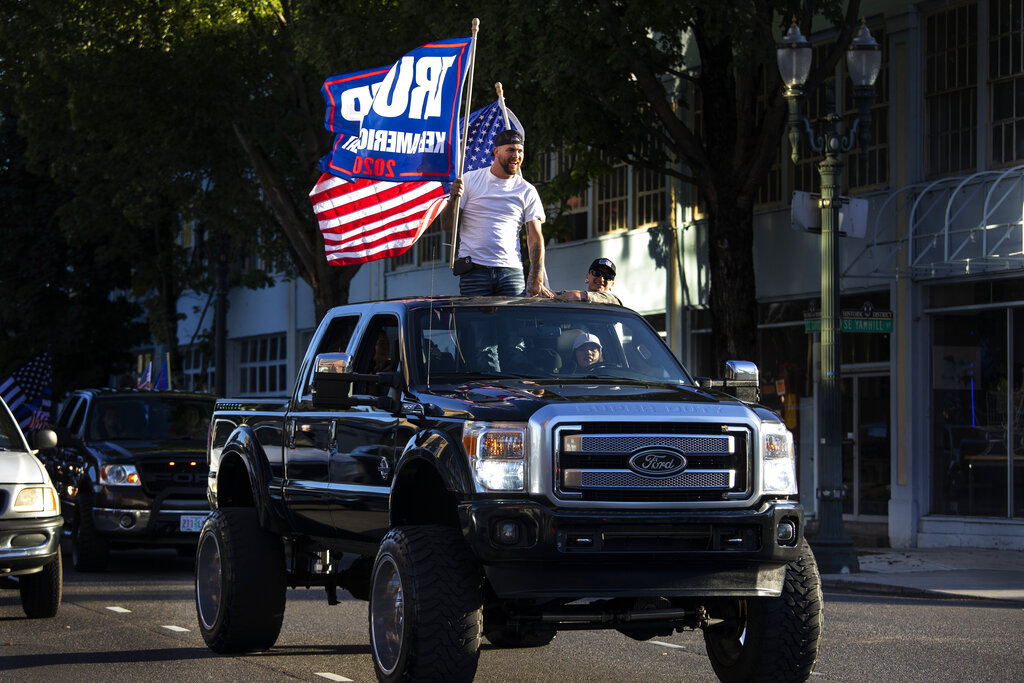 Portland police made at least 10 arrests during Saturday night’s disturbances.

Local law enforcement has not yet released a description of the suspect, but they are planning to use related posts on social media as evidence during the investigation. Authorities have also asked anyone with information or firsthand footage to come forward.