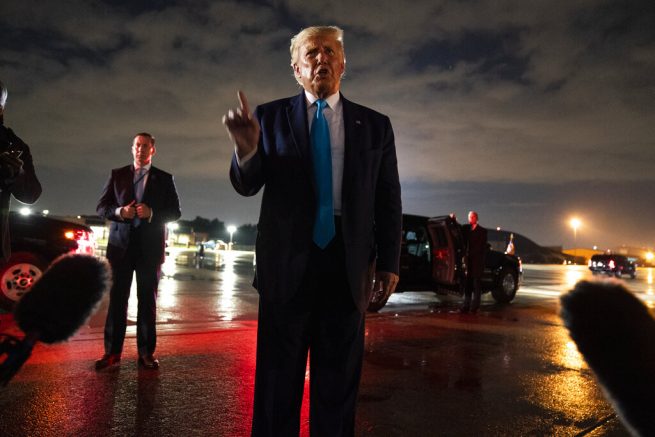 President Trump has denied claims he disrespected fallen heroes. He slammed the accusations Thursday while returning to Washington, D.C. from Pennsylvania.

His remarks came after The Atlantic published an article Thursday, which claimed President Trump called Americans who died in war “losers” and “suckers.”

The article cited multiple anonymous sources and also alleged the president didn’t want to attend an event at the Aisne-Marne American Cemetery near Paris in 2018 because of concerns about his hair.

However, President Trump denied this by saying he respects U.S. service members and would never do or say such things.

The article also claimed President Trump didn’t support the funeral for Vietnam War veteran Sen. John McCain. The president said although he doesn’t agree with much of McCain’s policies, he approved of the funeral service and respects him.

I was never a big fan of John McCain, disagreed with him on many things including ridiculous endless wars and the lack of success he had in dealing with the VA and our great Vets, but the lowering of our Nations American Flags, and the first class funeral he was given by our….