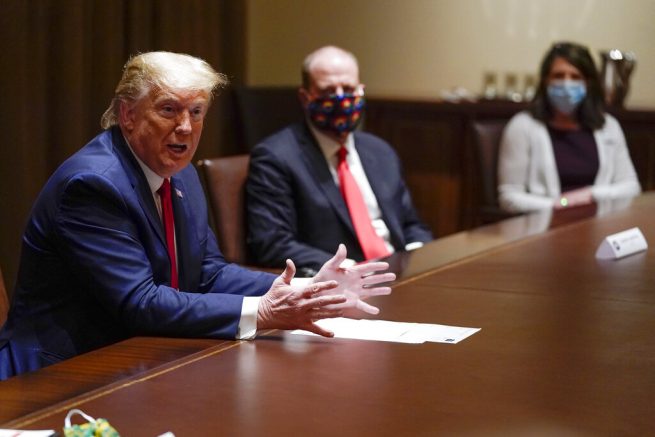 President Donald Trump speaks as Colorado Gov. Jared Polis, center, listens during a meeting in the Cabinet Room of the White House, Wednesday, May 13, 2020, in Washington. (AP Photo/Evan Vucci)

President Trump recently reacted to the latest revelations about General Michel Flynn, as well as the Obama administration’s involvement in the transition of power and information to the current White House team. He has called it “the biggest political crime in American history.”

The biggest political crime in American history, by far! https://t.co/m5nPdUHt4u

What could be the start of a new corruption case all began on January 5th, 2017. During a meeting, then-President Obama gave guidance to key Justice Department officials, who would be tasked with protecting his administration’s secretly funded Clinton campaign research, better known as Fusion GPS.

This research formed the foundation of the Trump-Russia plot and led the FBI to ambush incoming National Security Adviser General Michael Flynn, who later was forced to recuse himself from looking into the investigations of President Trump.

When asked whether he knew about the push to investigate Flynn, former Vice President Joe Biden claimed he knew “nothing about those moves.” When pressed on his role at the meeting and involvement in FBI interrogations, he changed his reply.

“I thought you asked if I had anything to do with him being prosecuted, I’m sorry,” stated Biden. “I was aware they asked for an investigation, but that’s all I know about it.”

Does anybody believe this man? Caught! https://t.co/WfnIqs6BsE 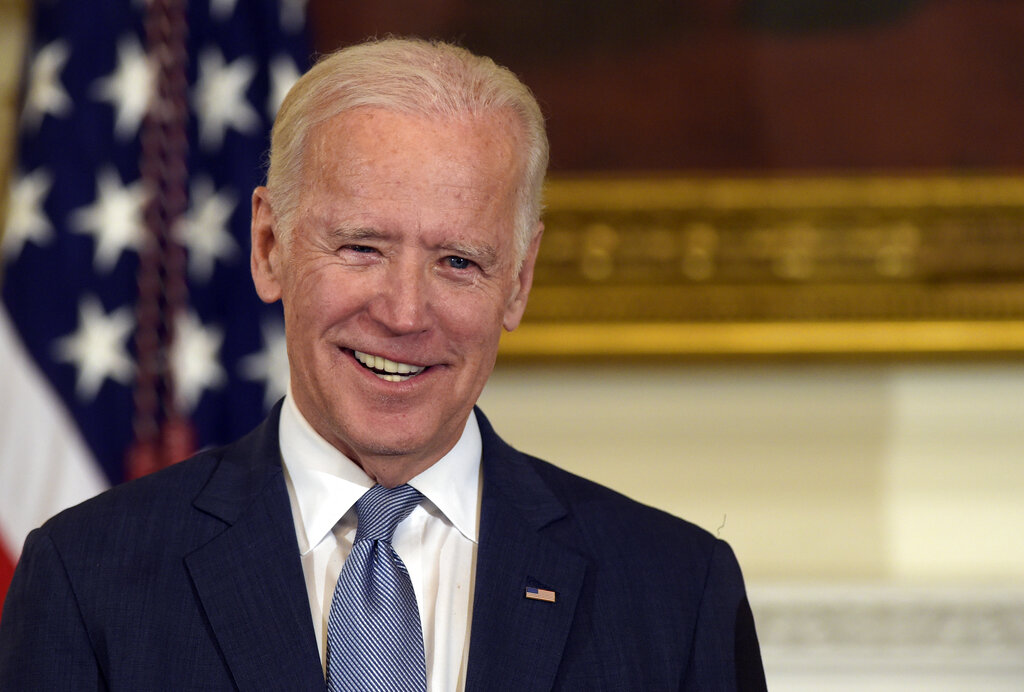 FILE – In this Jan. 12, 2017, file photo Vice President Joe Biden listens during a ceremony in the State Dining Room of the White House in Washington, where President Barack Obama presented him with the Presidential Medal of Freedom. (AP Photo/Susan Walsh, File)

Meanwhile, President Trump continues to fuel what he is calling “Obamagate.”

Obama has been accused of leading a “coup” to sabotage the Trump presidency, which recently created a media frenzy online. If these claims are indeed true, it will be a very different message from what the 44th U.S. president had initially delivered.

“I think of this job as being a relay runner: You take the baton, you run your best race and hopefully by the time you hand it off, you’re a little further ahead, you made a little progress,” stated former President Obama. “I can say that we’ve done that, and I want to say that we make sure that hand-off is well executed, because ultimately were all on the same team.”