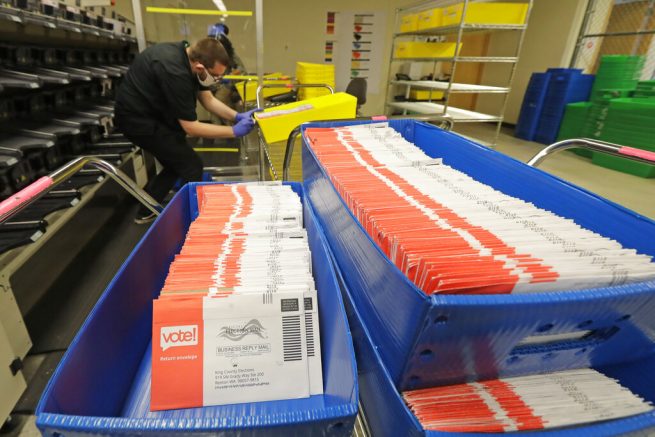 President Trump has continued to slam mail-in voting as a growing number of states are set to send out ballots. He has warned the process opens up the door for voter fraud.

Sending out 80 MILLION BALLOTS to people who aren’t even asking for a Ballot is unfair and a total fraud in the making. Look at what’s going on right now!

During a campaign rally in North Carolina earlier this week, he slammed states which are sending out unsolicited ballots and advised voters to confirm their ballot is counted.

“Make sure you send the ballot in, and then go to your polling place and make sure it counts,” he stated. “Make sure it gets in because the only way they can win is by doing very bad things, that’s the only way.”

TRUMP: Unsolicited Mail-in voting is the Democrats’ “dirtiest fight of all” pic.twitter.com/qMfwr6fmys