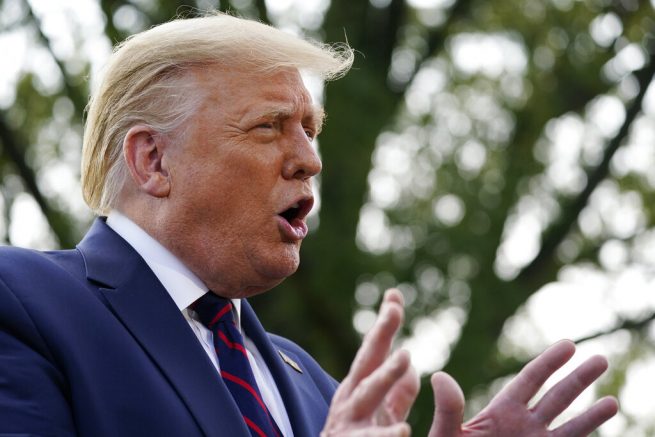 President Donald Trump speaks with reporters as he walks to Marine One on the South Lawn of the White House, Tuesday, Sept. 15, 2020, in Washington. Trump is en route to Philadelphia. (AP Photo/Alex Brandon)

President Trump slammed the World Trade Organization (WTO) over its opposition to U.S. tariffs on Mainland China. On Tuesday, he said the organization has aided Beijing in its push to extend its economic and political influence on the world at the expense of other countries.

His remarks came after the WTO said U.S. tariffs on $200 billion worth of Chinese goods are illegal. President Trump noted that the WTO is yet another globalist entity embracing the Chinese Communist Party.

“They consider China to be a developing nation…we’ll take a look at that, but I’m not a big fan of the WTO,” he told reporters. “That I can tell you right now, maybe they did us a big favor.”

Joe Biden made a career out of supporting bad trade policies.

Currently, China also has tariffs on U.S. goods. However, the Trump administration has not filed a complaint over them with the WTO.