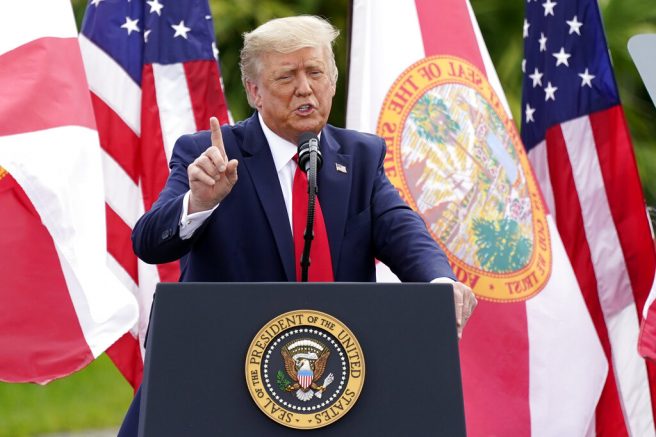 “And we will protect your right to keep and bear arms. Your Second Amendment.”

According to President Trump, Joe Biden would abolish Second Amendment rights if elected in November. While speaking in Jupiter, Florida on Tuesday, he said the former vice president is pursuing radical-left policies which include strict gun control measures.

President Trump also noted that the Democrats are not interested in citizens’ ability to defend themselves, while letting violent criminals roam the streets free. The president stressed he’s fighting to protect the rights enshrined in the U.S. Constitution.

President @realDonaldTrump: If Joe Biden gets in, your Second Amendment is gone pic.twitter.com/uU9vTWxqZN

The president also said special interests in Washington are pressuring him to reduce the right to bear arms, but he reiterated the Second Amendment will not change if he is reelected.