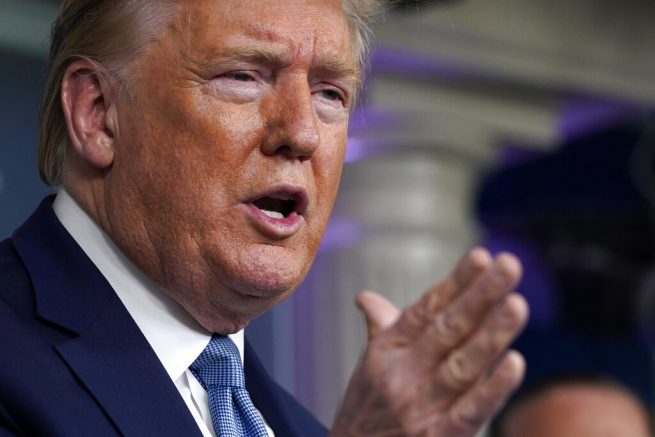 President Donald Trump speaks during a press briefing with the coronavirus task force, in the Brady press briefing room at the White House, Monday, March 16, 2020, in Washington. (AP Photo/Evan Vucci)

President Trump recently acknowledged the rising risk of a recession due to the coronavirus outbreak. During a news conference at the White House Monday, the president admitted recent closures of businesses across the U.S. may trigger a decline in economic activity.

Once this health emergency is over, the president said he expects a major rebound in GDP growth and stock market value.

President Trump also noted that his cabinet will provide a fiscal stimulus to industries affected by the virus and another round of tax cuts maybe on the way as well.

The United States will be powerfully supporting those industries, like Airlines and others, that are particularly affected by the Chinese Virus. We will be stronger than ever before!