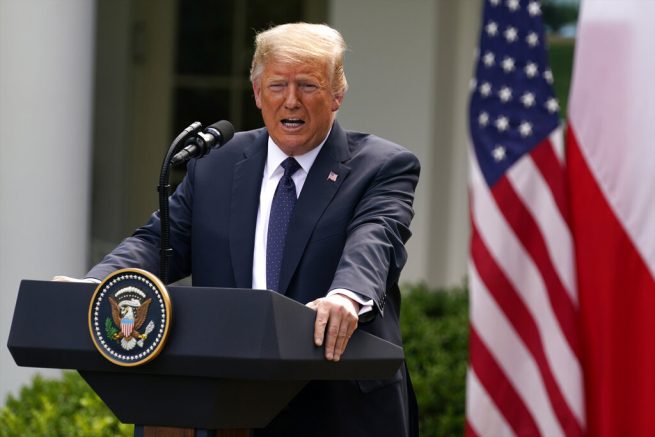 He went on to say police officers are risking their lives every day to keep America safe.

His remarks came after House Democrats blocked a GOP proposed bill. According to them, the reform must include deeper reductions of police authority.

The president has said the Democrats’ push to weaken the police is unacceptable.

“They want to take away a lot of the strength from our police and from law enforcement generally, we can’t live with it. There are some that want to defund and abolish our police, if you can believe that. We’re not letting that happen.” – Donald Trump, 45th President of the United States

He also doubled down on his support for the GOP proposed bill and emphasized he may block alternative attempts to reform the police.